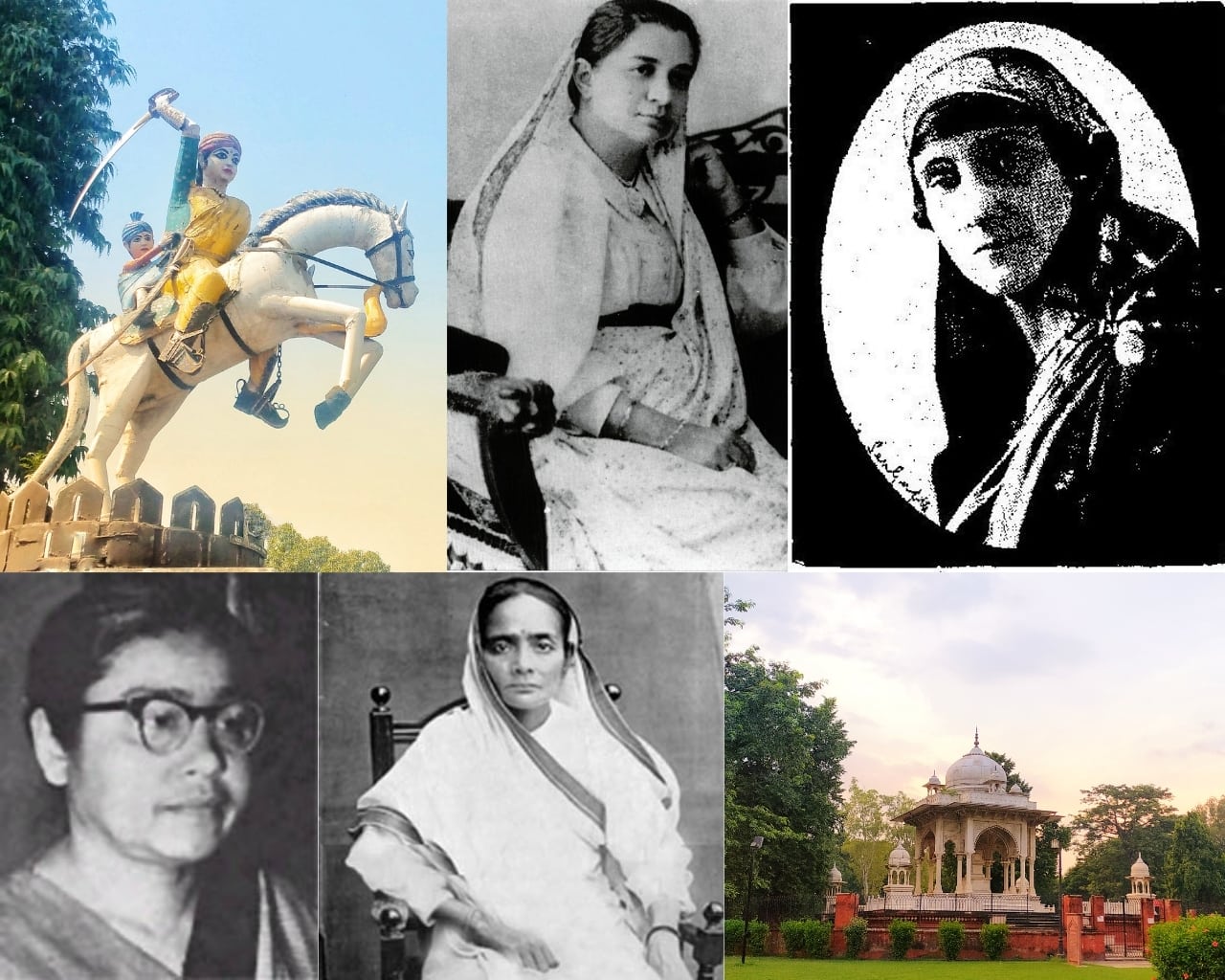 When we talked about Indian Freedom Fighters, a lot of women were also played incredible roles. Most of those women freedom fighters fearlessly challenged the British government.

The British governor, Lord Dalhousie implemented the Doctor of Lapisi in the Kingdom of Jhansi. She fought against the British East India Company to save Jhansi.

However, unluckily, she not able to do so. After that, Rani Lakshmibai fought with the help of Tatya Tope, Nanasaheb Peshwa from Kanpur, and Gwalior. Queen Lakshmibai fell dead in the war of Gwalior.

Velu Nachiyar was the first ever revolutionary who not only fought against British troops but also won the battle.

Hence, she became next queen and successor after her husband, Muthuvaduganathaperiya Udaiyathevar.

Moreover, she was the planner of first suicidal bomb ever in History. She planned this attack with her General Quili.

As a result, Velu Nachiyar is considered brave as a brave women freedom fighter of India.

The queen of Gondawana who ruled kingdom after sudden death of her husband. She was one of popular rulers in Indian History because of her courage and bravery.

She defeated Mughal emperor Akbar once. Later Akbar came again with more troops and Ammunition then she lost the battle and kill herself.

She worked with Maulvi Ahmedullah Shah of Faisalabad and Nana Saheb, who were active leaders in the uprising of the year 1857.

Among the all women freedom fighters of India, she handled major revolts during her time.

After that, she had to withdraw and seek refuge in Nepal. For the awareness of Indian women’s power, her work is one of the excellent example.

Born: 1820, Died: April 7, 1879
She had immense love for her motherland from a very young age. That is why she first participated in the movement when she was only a 13-year-old girl.

We considered her as the youngest women freedom fighter in India. She announced for a revolt to overthrow the British government from Manipur utterly.

She fought for it for a long time. Also, she had worked as an effective leader.

She was professionally a doctor. First of all, Subhash Chandra Bose was a captain in the army. She worked to inspire new women and recruiting them in the military.

She took the initiative to establish a regiment and named it as the Jhansi queen regiment. Lakshmi Sehgal was a brave woman.

In the War of Independence, she fought furiously. But in 1945, she gets arrested.

She was only a few of women freedom fighters of India, who successfully persuaded the new women in her military regiment.

The most noteworthy thing is Nellie Sengupta was a British citizen. Her full name was Edith Ellen Gray.

Another thing is she married to Jatindra Sengupta. After that, she stayed in India and fought against the unjust British rule. Also, she had participated in the non-cooperation movement.

Because of this, she often faced imprisonment. She was a few of those British women freedom fighters in India who were fighting for the independence of India.

She was the founder of the “All India Women Congress” in the pre-independence era. After that, she became a member of the “Quit India Movement.”

At the time of partition, she became Gandhi’s colleague. She was an essential leader of independent India. Moreover, she became the first woman CM of the country after independence of India.

She was a female freedom fighter of India who got the chance to serve India after independence.

She was the co-founder of the All India Women Congress in 1930. She was an essential member of the Dandi Yatra of Gandhiji.

Also, she was involved in the Quit India Movement. Finally, she gets imprisoned for her participation in both movements.

She was a member of the Indian National Congress. She was an adventurer from an early age.

Hence, at that time, school expelled her from school. After that, she took part in Quit India and civil disobedience movements.

She was one of the great women freedom fighters of India because she struggled a lot during the Indian Liberation War.

Primarily, she also worked to promote freedom movement outside the India. After participating in the international convention, she also got the honor of hoisting the Indian flag.

She had left her luxurious life to serve her motherland and lived in the forest.

We know her as a social reformer as well as one of women freedom fighters of India.

Kamaladevi Chattopadhyay sought to elevate the social and economic status of Indian women.

She played an essential role in the salt Satyagraha of Gandhiji. Kamaladevi Chattopadhyay was a necessary representative of the Congress Socialist Party.

After that, Kamaladevi became the party’s president. British police arrested her in Mumbai for selling prohibited goods.

We ideated her as a brave women freedom fighter of India because she fired five rounds of pistols at the Governor of Bengal, Stanley Jackson.

But she missed her target briefly, and Stanley Jackson gets saved. In this case, she faced imprisonment for over nine years.

Later, she arrested again because of protests in the Quit India Movement. So, she was considered as one of the daring women who fight for independence.

She had participated in many revolutionary activities under the leadership of Surya Sen. Pritilata Waddedar was involved in the attack on the Pahartali European club.

This club affixed a signboard intended to insult the Indians. So, while arrested in the attack, Pritilata Waddedar ate cyanide to commit suicide.

So, she was an Indian freedom fighter, who committed suicide before arrest without caring about death. Hence, we also call her a fearless freedom fighter.

She was one of Surya Sen’s followers. Kalpana Dutt played a vital role in the raid at Chittagoan under the leadership of Surya Sen.

She joined Pritilata Waddedar in the European club attack. She also often arrested for her revolutionary activities.

She was born as a British citizen. However, she also stood firm against the injustice done to Indians.

First of all, she advocated for Indian self-determination. Then, gradually, she became one of the essential freedom fighters.

Annie Besant was a prominent member of the “Home Rule League.” Above all, she established Hindu schools in Banaras. She made many such efforts to liberate India.

She actively protested non-violently in every freedom movement. During that time, she was arrested several times.

She was the wife of Jawaharlal Nehru. She also was a renowned freedom fighter in the Indian Liberation War.

For that, she successfully appealed to the women for protest. Also, Kamala Nehru participated in the non-cooperation movement of Mahatma Gandhi. During her career, she was arrested twice.

She popularly known for his revolutionary work, also known as “Gandhi Buri.” Matangini Hazra was one of those senior women revolutionaries.

She protested with 6000 volunteer revolutionaries when she was only 71 years old.

During that protest, British police began a fire in which Matangini Hazra gets killed. She shouted the slogan “Vande Mataram” till her last breath.

She was one of the female revolutionaries who fought before the rise of 1857. Kittar Chennamma belongs to the royal family and was queen of the princely state of Karnataka.

She led a battalion of soldiers to teach lessons to the East India Company. Lieutenants Sangoli Raina and Chennamma used guerrilla war techniques. In one such a fierce battle, the British army gets defeated terribly.

These are the Women Freedom Fighters of India who fought furiously for India to get out from slavery.