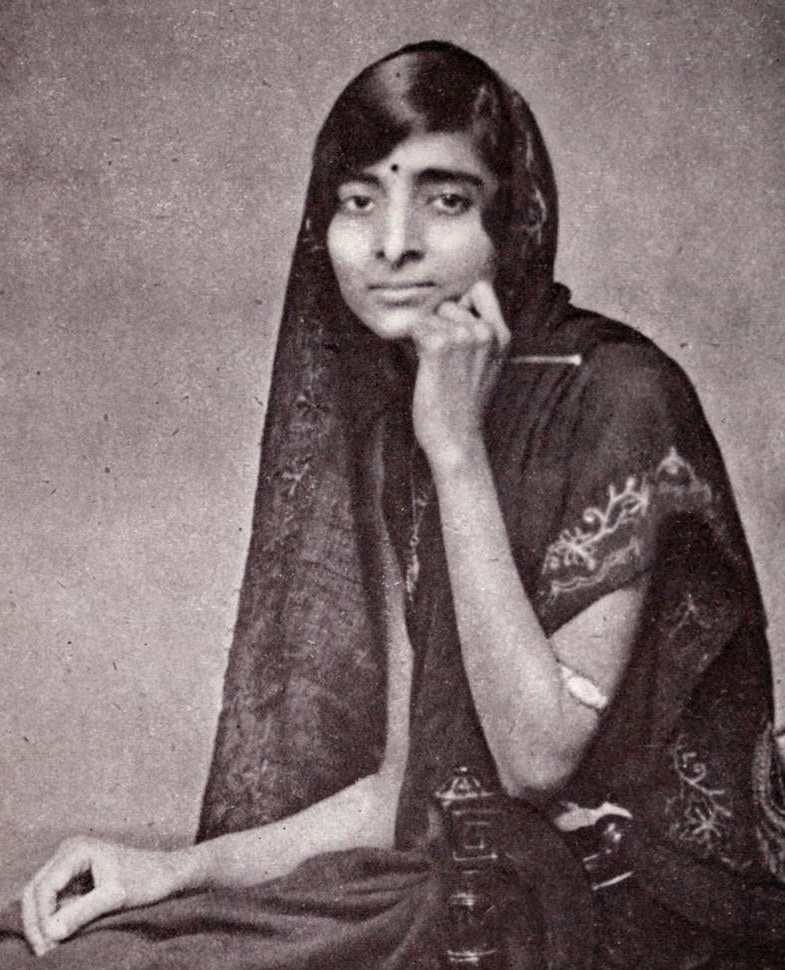 Today I am sharing the biography of Kamala Nehru who took part in the national movement like the non-cooperation movement. She was also the wife of the first prime minister of independent India, Jawaharlal Nehru. I am talking about Kamala Nehru.

“Behind Great person there always has a woman.”

Jawaharlal Nehru also had her wife behind his success. From the time to freedom movement till her death. She fought a matching shoulder with her husband.

​Let’s understand her brief introduction with the help of the table.

Kamala Nehru was born and brought up in a conventional Brahmin family. Though her family used to live in old Delhi, she belongs to Kashmiri Brahmin.

Her family was middle class and orthodox. Hence, her schooling was completed at home in the guidance of Maulvi and Pandit.

Usually Brahmins are Hindus, and Kashmiri Brahmins are group of Kashmiri Hindus. They are also part of the larger Saraswat Brahmin community in India.

Kamala Nehru married at just 17 years to Jawaharlal. Her husband, Jawaharlal, was 27 years at the time of marriage.

After marriage, simple and traditional Kamala get shocked seeing the western culture of Nehru. Few years remained challenging for her to adjust.

She trained in western ways which feels uncomfortable for her. Their training efforts and teaching of western style did not change her Indian soul.

Jawaharlal Nehru considered her as unsuited for Nehru family. Husband often thought her uncultured due to her incompatibility with him.

After a few years, she completely adapted to the trends of Nehru. Hence, she began to grow relationship with her husband.

Though her marriage life was not perfect, she keep going ahead. She compromised her traditional values to fulfill wish of husband and adapted westernized culture. Still, she remained silent and tried to be happy and never complain to anybody.

Kamala gave birth to baby daughter and named as Indira Priyadarshini. There was also son born to Kamala, but he was premature baby. Her son died only after two days.

Kamala led the group of women in Allahabad city. She did that to picket foreign shops. She also leads processions during Jawaharlal was in prison.

Then, because of her anti-colonist activities, she undergo in prison. In the interview, she said,

“The days while fighting for independence of India from prison were the happiest days of my life.”

Letter of Gandhiji to daughter of Kamala Nehru

Gandhiji wrote the letter to Indira Priyadarshini after the death of Kamala Nehru.

“Kamala had virtues which are not generally noticed in normal women.”

She was strongly involved to promote rights of women. As she was active in social activities. People also see her as a social worker instead of political leader.

In between the India’s path to freedom, Kamala Nehru also had responsibility to oppose the wrongdoing of British. Also, maintaining the relations with British Raj is her another important role.

As she grew in traditional Hindu Brahmin family. She was quite nervous and seemed alienated in Nehru family. At the beginning, she took around 2 years to adapt with the family of husband.

As her husband in freedom struggle, she kept separating apart from rest of the family. Because she also had to contribute along with husband.

Hence, when the time came, she took responsibility in freedom movement.

She was very quiet and shy from her birth. On the other hand, she belongs to the traditional and simple family.

She was just shocked after seeing the developed western culture in Nehru family. Hence, she tried to adjust and change her simple nature.

As Jawaharlal remained quite busy, he could not spend much time with her. Later, she also bowed down herself into an independence struggle.

She showed her patriotism, seriousness and good sense in the struggle of independence.

During struggle everyone sees a different Kamala Nehru than usual. Because she delivered a speech instead of her husband. A woman, who was shy and doesn’t have basic English language skills, that Kamala was now completely changed.

Kamala was determined and had tremendous will power. Hence, even though she was sick, she tried to learn the Urdu language.

Went to Switzerland for treatment

After birth and early death of second premature child, her health gets worse. Hence, she hospitalized for a long period of time. Listening to the advice of doctors, she took to high-class hospital in Switzerland.

There Kamala Nehru spent most of time resting in bed. In order to attend international conferences, Jawaharlal sometimes went to Paris, London, Berlin, and Rome.

Kamala Return to India with family

After some time, her health somewhat improved, but not fully recovered. Still, considering some reasons, they came back to India. In the meantime, she again became pregnant. But this time her body weakness results in miscarriage.

After that, Kamala suddenly had abdominal pain and aches. Doctors diagnosed her with Appendicitis. Hence, she went through an operation.

At this time, husband Jawaharlal began to fight for complete independence. In one of event, he delivered fierce speech for its cause.

Sister-in-law of Kamala Nehru was Vijaya Lakshmi. They didn’t have well tunning in their relation and Vijaya often assumed Kamala as ​trespasser.

The reason behind she considered Kamala as her rights violator was Kamala had owned specific Necklace after her marriage. Kamala kept that necklace for Indira. While marriage of Vijaya, she had strong desire to possess that necklace.

At first, Kamala avoided to give the necklace to Vijaya. But after insisting Jawaharlal Kamala gave it to her. After her 20s, she diagnosed with TB and hence she started getting worse treatment at house.

After Jawaharlal got imprisonment, her uncongenial ambiance of house made her health condition so bad.

We can see her letters to Jawaharlal when she expressed her condition and feelings. She was in so miserable condition she wished it will be better if British government send her to jail.

Indira Priyadarshini, the daughter of Kamala, was the only close relation for her. Indira also felt her deep feelings, but she had to complete her studies.

Indira was also well known about her situation at house, but she hardly got time to meet her from Shantiniketan. Indira blamed her father for not understanding her condition at home.

As most of the time, the dispute happened when Jawaharlal was in jail. So he could not witness the clash of personalities. However, his daughter Indiraji wanted her father to understand feelings of her mother and support her.

After death of her Kamala, Indiraji deplored because she could not able to give enough time to her mother.

After living 27 years in building, Motilal built new house near Anand Bhavan. Motilal had given the old building as headquarter of Congress Party.

All over India there were many parks named after her. Some big one that I would like to mention is from Mumbai, Malabar Hill and the other is from Pune.

Soon, she became motivation among young women. She had convinced and persuaded women to join an independence struggle.

They protested against foreign goods and made bonfires of them. She was an active member of Desh Sevika Sangh. She accompanied other representatives in picketing clothes shops that sell foreign goods.

Thoughts of Gandhiji encouraged Kamala Nehru after joining independence activities. After realizing his principles of Satyagraha, she took self-sacrifice seriously.

She motivated her husband, Jawaharlal, after understanding the simple living of Gandhiji and principles behind it. She used to tell husband not to just dedicate in the freedom activities, but also try to transform his lifestyle.

Hence, she was first to chip off the Westernization from Nehru family. Then Nehru appeared in Khadi Dhoti and Kurta instead of suit and silks.