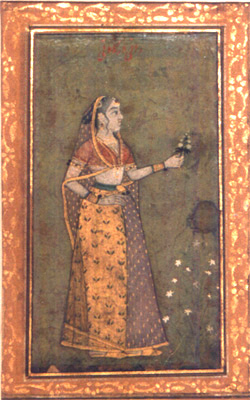 In history, we know Rani Durgavati for her military prowess and art patronage. She was also a great patron of learning and established several schools and colleges in her kingdom.

Rani Durgavati was a great warrior and led her troops to victory in several battles. She was also a great builder and constructed several palaces and temples in her kingdom.

Rani Durgavati was a queen of the Gondwana dynasty who ruled in the central Indian region of Jabalpur. At present-day, it comes under the state of Madhya Pradesh, India.

In 1556, she repelled an attack by the Mughal emperor, Akbar. But ultimately, Mughal Emperor Akbar defeated her on June 24, 1564, and later she killed herself during the battle. Nevertheless, she was a great warrior and an inspiration to other women rulers. Her heroic death made her a folk hero in central India, and is still remembered and revered today.

Rani Durgavati bore into a royal family in the 16th century and her early life was one of privilege and luxury. She had everything she could ever want.

Dalpat Shah was a kind and just ruler, and Rani Durgavati became known for her wisdom and advice. She bore him two children, a son, and a daughter.

When Dalpat Shah died, Rani Durgavati became the regent of Gondwana. She ruled with the help of her councilors, and her primary goal was to protect her kingdom and her people.

However, her life changed forever when her father was killed in battle. Forced to take up the reins of the kingdom, she became a leader at a young age. While she may have had a privileged upbringing, she proved herself to be a capable and strong ruler.

She was a brave and skilled warrior and often led her husband’s troops into battle. She was also a patron of the arts and helped to promote the development of poetry and music in her kingdom.

How she became a ruler

How many of you knows that Rani Durgavati accidently became the ruler.

Yes, its true that she come accross situations where she enthroned on throne of Gondwana. it only happened because her husband passed on when their son, Narayan, was too young to take over his father’s throne. So Rani Durgavati had no choice but to take over the leadership of the Gond Kingdom.

Ascending for her husband’s throne wasn’t a simple task, because she was a woman. However, her bravery and determination were always the driving force behind all her achievements.

The two ministers, Man Thakur and Adhar Kayastha, who helped her assume her husband’s throne, also get some credit for her successful inheritance of the leadership of the Gond dynasty. Durgavati was smart lady who ruled the Gond kingdom with bravery.

Have you ever wondered why she’s called the Valiant queen of the Gond Kingdom? Well, she deserves the title. She was and remained one of the bravest and most determined rulers of the great kingdom of Gondwe.

Durgavati, just like her husband Dalpat Shah, established herself as a capable leader by enlarging the realm and providing for her people. In addition, she made sure her kingdom was safe.

Rani upheld her bravery up to the last minutes of her life. It happened once a Mughal Subedar named Asaf Khan learned about Rani’s bold nature and became interested in attacking her kingdom. So, he asked permission to Mughal emperor to attack on her kingdom. Then emperor also grants necessary permissions and help.

When Rani came to know about the invasion, she defended her state as usual. This time, she was determined to protect it with all her powers, despite her minister warning her of the mighty Mughal forces.

During the battle, Arjun Daswas, her Fauzdar, was killed, and she had to take over and lead the troops. The battle got extreme, and both sides lost men. Rani reviewed her strategy and suggested they attack the enemy at night. However, her lieutenants declined her suggestion.

The next day, Rani’s son sustained injuries during the battle and retreated to safety. During war, she arrows pierced through her neck and ear. She was injured severely.

When she regained consciousness, she perceived defeat. Note that Rani was never killed. Instead, she died with her sword and with her will.

She was never ready to surrender, even on the verge of defeat

Her bravery and fearless nature live even in her death. She differed from many other women leaders in India’s history. Rani never believed in defeat and failure. Even when she foresaw defeat coming their way, she never retreated.

Rani was not only a great leader but also a great warrior. She possessed specific skills, like horse riding and hunting. Durgavati was an aggressive hunter. When Rani heard there was a tiger, she never drugged water until she shot the tiger.

Rani Successfully ruled a great Kingdom despite being a woman

When her husband died, and her son was too young to assume the throne, she fought her way to the throne and eventually became the queen of the great kingdom of Gond.

She Expanded the Gond Kingdom

Rani proved to be a good leader, just like her husband. She even went a step ahead and expanded the kingdom. She ruled her people well and ensured her state was safe and stable.

She managed a sizable Army

She proved herself as a great ruler beyond doubt. She commanded extensive army of one thousand war elephants, 20,000 horses, and soldiers. All these, she made sure, were in good health and well trained.

Death as a choice of dishonor

Rani remains to be one of the bravest women ever. During her last battle with the Mughals, she made a decision that would be difficult even for men to make. When she perceived defeat coming to them, she decided to die a legend.

This was her last battle with the Mughals, one of the most powerful dynasties in ancient India. She was aware of their mighty forces, but protected her territory with all her bravery.

Rani did not want to live in captivity for the rest of her life, so she chose to die. She took her own life by stabbing herself in the tummy.

She was a Valiant Queen

Her characters stands out up to date. She known for her fearless nature. decisive leader with unmatched administrative skills. She refused to surrender to her enemy fought to her last breath.

She focused on developing the kingdom

Queen created several lakes in her kingdom and worked hard to improve the lives of her citizens, just like her ancestors did.

She expressed her respect for the students and offered to fund them. She also promoted some distinguished Muslims to high positions in her government, and this made her a great secularist.

She expanded and supported trade

Trade was booming during Rani’s tenure. People lived well. Her kingdom grew even bigger and brought about the governmental union of Gondwana with courage, generosity, and tact. Out of 23,000 villages 12,000 were directly under her control.

She greatly enhanced the quality of life for everyone in her realm, winning the respect of her people. Rani constructed reservoirs to help farmers, Ranital reservoir built close to Jabalpur as one of example.

Her initiative and help of her assistants make it possible to built Cherital. Also Adhartal built by Adhar Kayastha was famous and 3 miles from Jabalpur. She also supported education liberally.

She defeated the Mughal army

When Asaf Khan traveled to Narrai, positioned between two rivers—the Gaur and the Narmada—and steep terrain on one side to wage a defensive war.

The two parties have completely opposite situation with respect to weapons, soldiers. Because on Mughal side, Asaf Khan equipped with armors, weapons, well-trained soldiers, on the other side Rani Durgavati had outdated weapons with inexperienced soldiers.

During the war commander Arjun Das fall down. Hence Rani Durgavati took command of entire army. On her command, soldiers attack enemy as soon as they approached valley.

The struggle was extreme, but Rani emerged triumphant. Mughal troops withdrew from the valley after facing sudden attack.

Freedom fighters have always found inspiration in the site where she gave her life. Below are a few memorials established in honor of the valiant queen of Gond, Rani Durgavati.

The University of Jabalpur

In 1964, the government established the Rani Durgavati Museum to give tribute to queen Durgavati. Even though the building is older, it is in excellent condition. It is impressive to see the stone statue of the Goddess Durga built within this museum. This place is a must-see for art and history fans because it is rich with antiquated cultural remnants.

​Mahatma Gandhi’s artifacts and photographs are also on display in the museum. It is fascinating to see a sandstone reproduction of Lord Shiva and Parvati performing Chaucer.

The Central government released a postal stamp on June 24, 1988 to honor the heroism and bravery of queen.