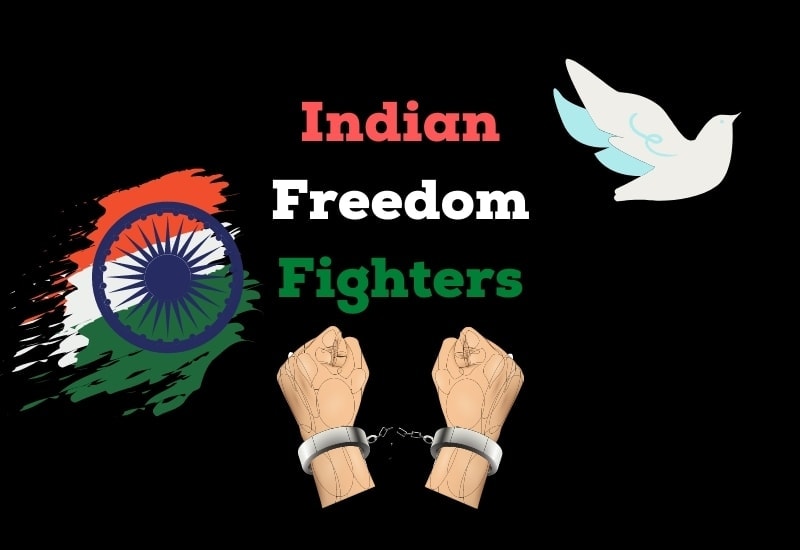 Hi everyone, today I am sharing the article on an overview of Indian freedom fights which included a list of top 10 freedom fighters, and Indian Independence movements. After reading this article, you will also understand the principles behind British rule.

India was colonized by the British Empire for over 200 years until it gained independence in 1947. The British Empire used force to control the people of India, and many Indians fought against this rule.

Some people might not find the proper reason to know about Indian freedom fighters and independence struggle. But today I am here to give that reason.

After having information about the sacrifice of our ancestors. The importance of freedom is something that you will understand. You will know what it takes to get out of slavery. You also understand the mistakes we made in the first war of Independence.

In history, there were some countries who ruled over other territories.

Mostly European ambitious countries had ruled over many countries. We also knew them as colonial countries.

As those countries were so inhuman with enslaved people. Hence, a slow revolt began in those territories.

As usual, people revolt with violent activities. Unlike other countries, India was the first country that was shown a non-violent way to revolt against tyrannic rule.

Who are called freedom fighters?

Regardless of the way of fighting for freedom. We call each person a freedom fighter that contributed in independence activities.

On the other hand, some freedom fighters may include non-violent people. They used to protest against the government but with no violence.

Which way of struggle is better?

I think, in order to get freedom, both ways need dedication, sacrifice, devotion for the nation. The way of violence was straightforward and needed army, artillery, ammunition.

In contrast, the non-violent way does not require military power. But the unity of people that have dedication, devotion, and sacrifice for their nation plays a vital role.

During the Indian freedom struggle, British police used to beat protesters. But protesters don’t have to reply with stones. Protesters need to bear that pain for a good cause. Many times, British policeman beaten people to death.

There were many freedom fighters that contributed to the independence struggle. Except popular leaders, there were many ordinary people who sacrificed their lives. Here I am sharing the top leaders who inspire lakhs of Indians to take part in a freedom struggle.

We consider the year 1819 CE as the beginning of the Indian freedom struggle. Because this year Maratha Peshwa Bajirao-II was handed over to the British.

In other words, the entire India goes into the hands of British East India Company. Though British promised the rulers like Bajirao-II, Rani Laxmibai to pay a monthly pension.

But after the policy implementation of the Doctrine of Lapse, each province of India lost their rights to rule. The British East India Company gave reasons like the king had no heir, ruler was incapable, etc.

The reason is obvious because the Maratha Empire once used to rule over India. Though in the third battle of Panipat, Maratha lost their dignity and influence over India.

India had many National Leaders that led thousands of people during freedom movements. You can take a look at the freedom fighters of India with name to check the entire list.

Mohandas Gandhi had belonged to a wealthy family. After reading his biography, you will understand he was sensitive from his childhood.

His experience in Africa became the reason for raising a voice against injustice. There he gave Satyagraha mantra for the first time.

After returning to India, he again implemented the Satyagraha movement. Eventually, after several movements like non-cooperation movement, it became successful.

​Regardless of whether you are preparing for competitive exams. Having knowledge of history, especially about the Indian Independence events, is essential.

After the 1857 revolt, even though the British repressed the influence of war and rebellions, still ​slowly again nationwide freedom struggle started.

Freedom fighters became leaders of people forming the Indian National Congress on 28 December 1885. The formation of INC ultimately emerged as the era of the national movement.

Surendranath Banerjee, Dadabhai Naoroji, along with Motilal Nehru and Madan Mohan Malviya were the moderate leaders. All of them were professional lawyers. The system of Constitutionalism was the center of belief of each moderate leader.

The contribution of moderates in the freedom struggle

They wanted to protect Indians from arbitrary acts of the bureaucracy and police.

Police system improvisation regarding efficiency, honesty, and popularity. It is another demand of moderates.

Moderates used to submit their petitions to the government of Viceroy, and sometimes also to the British Parliament.

No single resolution made any significant influence.

The Bengal partition and take of Nationalist leaders

According to Britannica, giving the reason for communalist and language differences, the British viceroy Lord Curzon executed the Bengal partition in 1905. The Curzon gave another reason for partition was drawing administrative performance.

The Congress and the nationalist leaders​ resisted regarding this. Everyone who adopted policies like Swadeshi boycotted British goods and promoted Indian goods in protest.

Because of the contrast views of rising groups of extremists and moderates, started division in Congress and the regulating forces of opposition came forward that were prevailing in the INC.

Indian people were so much in ignorance that they even didn’t know the 1857 struggle was not only a struggle, but that was the first war of independence.

Vinayak Damodar Savarkar was the first freedom fighter who awakened youth across the country. He wrote a book named The Indian War of Independence 1857.

British colonial authorities banned that book. Though, it secretly circulated, and book inspires lakhs of Indians to join the freedom movement.

Tilak started a new state of higher radical thinking within the organization.

He did not have faith regarding any benefit in British rule. Instead, he always felt their rule was very tyrannic. In 1897, he initiated the idea of Swaraj (complete independence).

He gave a popular slogan regarding Swaraj given as below.

“Swaraj is my birthright and I shall have it!”

After the Bengal partition, he came up as a remarkable leader of extremist division. In the Calcutta session of 1906,​

Tilak faced opposition from the moderates at the Calcutta Convention in 1906, but remained steadfast in his views on self-government, indigenousness, and exclusion.

After the division of INC in 1907, the British started taking action against extremist leaders. Tilak was imprisoned and exiled to Mandalay jail for six years.

​According to cntraveller.in, Lokmanya Tilak was written ​”The Arctic Home in the Vedas” in 1898. But according to gktoday.in, he published it later in 1903. The book is based on the origin of the Indo-Aryan peoples.

​While in jail, he became the author of another book. He wrote based on the Karmayog of Bhagavad Gita, hence named as “Karmayog Shastra” or “Geeta Rahasya.”

Sir Ignatius Valentine Chirol was mentioned Tilak as one hurtful pioneer of hatred and actually the father of Indian unrest.

​Lajpat Rai was popularly known as the Punjab Kesari and Sher-e-Punjab and was also the founder of Punjab National Bank and Lakshmi Insurance Company.

After the Culcutta session of 1906, he formed the extremist division of congress with help of Lokmanya Tilak and Bipin Chandra Pal. Hence they called with trio, Lal-Bal-Pal. He also chaired the founding conference or the first session of All India Trade Union Congress in 1920.

He went as a representative of Indian labor in the eighth International Labor Conference. This conference happened in Geneva in 1926.

Challenging the British in court

The Alipore Bomb Case controversy started after the Bengal partition. Because of that, frequent violence and repression began in different territories of the country.

The British officers suspected Aurobindo Ghosh, and other 37 revolutionaries, to have taken part in sedition and illegal work. Hence, British police arrested them.

But lawyer CR Das handled the case with brilliancy and succeeded in the rescue of others along with Aurobindo. Hence, the court had acquitted them.

After this case, Das came into the spotlight in his profession as well as in politics. Das also addressed as “Deshbandhu.” Because he saved a lot of patriotic revolutionaries from clutches of the British with help of his legal knowledge.

As he was renowned for handling criminal and civil law. Das was the defense counsel in the Dacca Conspiracy Case (1910-11).

After rolling out these reforms results in disheartened because they didn’t make any advance notice towards the formulation of a representative Government.

As the entire power behind the nationalist movement rested on Hindu-Muslim unity. Hence, the policy of special representation of the Muslims was viewed as a threat to their unity. Therefore, the nationalists resisted these reforms crushingly.

British reported the new reforms in 1909. It results in dissatisfaction and led to the intensification of the struggle for Swaraj.

In this struggle, the extremists began virtual activities against the British. The revolutionaries on their side boosted their violent war activities.

Across the country, there was a great deal of unrest. Then, the Rowlatt Act passed in 1919, which added fuel to this countrywide unrest.

Rowlatt Act granted the Government to put people in prison without trial. This resulted in fury in the minds of people. People did mass demonstrations and strikes across the country.

When did British come to India?

I would like to give an answer for overall colonial countries. Those countries include Britain, Germany, France, Portugal, etc.

During the rule of Sri Krishnadevaraya, there was mention of the relation of Vijayanagar with Portuguese colonies.

Then during the period of Chhatrapati Shivaji Raje in Deccan. We knew the existence of Portuguese in Goa and British in Konkan region.

After the Battle of Panipat happened on 14 January 1761, Maratha power diminished to a great extent. It favored the growth of the British East India Company.

Finally, in 1818, after the third Anglo-Maratha War, the British became powerful in India. They became victorious after that battle.