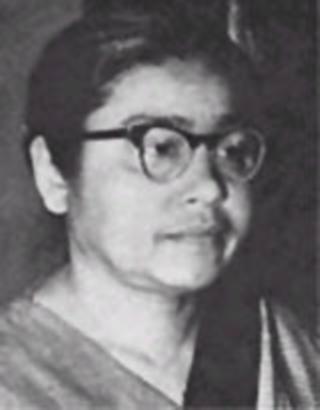 Once more, I bring you the story of the woman who single-handedly fought her way into becoming the first female to ascend a prominent position in the Indian political arena.

Sucheta Kripalani became the first-ever female to be a prime minister in one of the prominent provinces in India, the present Uttar Pradesh. Her ascend to power happened way before Indira Gandhi.

The freedom and independence of India came in as a result of the confidence, persistence, and determination of our fallen legends. Sucheta happens to be one of those legends and deserves the same credit given to another freedom fighter. She was a fearless and focused lady who stopped at nothing until she achieved her goals.

This post discusses the life and events during this legend, Sucheta Kripalani. She was a significant individual who immensely contributed to the struggle and fight for independence in India. She equally deserves a place in the Indian books of History. The Indian History will be wanting if her story missed out.

Sucheta, a person of rare courage and character who brought credit to Indian Womanhood

Sucheta was born on the 25th of June in 1908. She was born in the family of Bengali and brought up in Ambala city. S.N Majumdar was her father, and he was one of the greatest nationalists in India. He was a government doctor who was devoted to serving the nation and, more so, towards achieving its freedom for British colonialism. His character had a massive influence on his daughter, Sucheta, who later became a powerful Patriot.

As a kid, she was timid and nervous. She recalled how she and her siblings were filled with fear and shock after they overheard their father and his folks chatting over the Jallianwala Bagh mass killings one day. This incident left her exceedingly angered and outraged. She confessed that she was old enough to understand the British’s cruelty to Indians, making her start hating their administration. This and many other happenings played a significant role in shaping the fearless and strong woman she grew up to be. The ear and situations she grew up in were simply the roots of her entire patriotic life.

She was always courageous and bright. One thing you should note about her is that she was not born with the leadership and patriotic characters in her. She only acquired these from her father, who was served his nation diligently and was devoted to playing his part in the struggle for independence.

Sucheta was naturally brilliant and went through the necessary schooling system. She made sure that she went all the way to higher education levels. Sucheta studied at New Delhi’s Indraprastha College. She did stop there; she later went for further studies at St. Stephen’s College, where she did a master’s degree in History. She did well in her studies, and she qualified to be a lecturer at BHU (Banaras Hindu University).

While in school, she and her sister began to grow interested in joining the independence movement. They became desperate over it, especially her. In one of her writings, she, at some point, narrates how one day the Wales’ prince paid a visit to Delhi just after the Bagh Massacre. She narrates how girls from her school were ferried to stand along with the Kudsia garden in honor of the prince. They wanted to refuse, but they still went along. This made both of them bitter and disappointed at their cowardice character.

Sucheta narrated an incident when she was a student at Kinnaird college. During a bible class, her teacher was busy criticizing Hinduism. She felt this was not right and got furious over it. After school, she and her sister engaged her father, who coached them about religious matters when she returned home. The next day, she courageously confronted the using some powerful religious quotes from her father. Since that day, the teacher never criticized any religion again.

By the time she completed her studies, entire India was full of chaos resulting from the heated-up struggle for independence.

So, after school, she decided to concentrate on her new chosen career, being a professor. During this period, she met the love of her life, JB Kripalani. She got into marriage at the age of 28.

Her husband, Kripalani, was a senior person in the National Congress. However, both families were not in agreement with the marriage. Mahatma Gandhi was also against the union for reasons best known to him. However, when he realized that the two were inseparable, he relented and supported their union.

However, it is said that God has joined; no one should put asunder. Regardless of the many challenges and opposition, the marriage went on successfully, and the two exchanged vows. J.B Kripalani was 20 years older than his wife, Sucheta. One of the reasons her parents were against the union. They felt that their daughter was getting married to a man who was almost her father’s age.

There’s no reliable information regarding her children.

Sucheta Gets into politics

Her desire to join the freedom movement was always peaked until her father and sister died in 1929. The responsibility of taking care of the entire family was now on her, and thus she had no time to concentrate on her political journey. She chose to work at the university as a professor to earn money for the large family.

When she met her husband, he was already into the freedom movement. He always paid frequent visits to the BHU, seeking new signees into the freedom struggle. They got in touch during one of his visits and fell in love.

She later got arrested and put to jail for one year as a promoter and supporter of the Quit India Movement. Sucheta recalled how she went through hard life in jail. She said she had not been in jail before, which gave her an adamant time.

After being released from the prison, she became a close ally to Mahatma. During the partition demonstrations in 1946 and went to Noakhali with him. Later on, she managed to win the position of the Indian Constituent Assembly. It was during this period that she founded the All India Mahila Congress. Sucheta became a very senior person and even composed the first Indian Constitution.

Sucheta did not quit politics even after India regained its complete independence. Not long after the independence, she went on to vie for the congress position of New Delhi. Fortunately, she won the elections against the Congress candidate, Sahgal. Five years later, she got reelected again as the sitting congress candidate. This means her personality and leadership skills were quite impressive to the people of the new Delhi. Surprisingly, she got reelected again on a third and last time from the constituency of Gonda in 1967.

At the same time, she had joined Uttar Pradesh Legislative Assembly as an active member. She served as the Cabinet Secretary for Labour, Industry, community, and development under the UP administration. Sucheta assumed the position of the Head Minister in Uttar Pradesh. She broke the record of the first female candidate to fill in the position of Chief Minister in Indian History.

One of the most exciting things she ever did during her tenure was the peaceful and firm management of a state employee strike. This happens to be the first employee strike ever in India. This strike went on for a whole 62 days. However, she later relented after the strike leaders agreed to compromise. She instead maintained her stand on not negotiating with the employees on a pay rise. In this, she once again demonstrated firm and high-level leadership skills.

So just like any other prominent leader in Indian History, she too made several achievements before she passed on. These I will highlight below.

Sucheta was an intelligent woman who was blessed with a sharp brain. It was pretty difficult to concentrate on education during her time due to the heated riots and struggle for freedom. However, Sucheta did not let her situation affect her education journey. She went through a couple of institutions to pursue higher education. Later, she managed to pocket a master’s degree in History. That was quite an achievement and especially for a lady in that era.

2. She took over her family responsibilities

At some point, her father passed on, and she was the only person the entire family looked upon. She knew this and went ahead to work as a lecturer at a university. The money she made in teaching that she used in taking care of the entire family. She was indeed a devoted and responsible woman. Sucheta even chose to abandon her political career for the sake of her family.

She managed to win elections over the congressperson three consecutive times. Because she was a woman, this sounds like an outstanding achievement. Winning against men in those days was a considerable achievement. Twice she was on the elections from New Delhi and one from Gonda constituency.

4. She Contributed to drafting the Indian Constitution

Participating in making a constitution means that you are a prominent person in the government. After India had gained its independence, the people needed to have new rules and regulations governing them. They drafted the constitution, and Sucheta was among the lawmakers. Isn’t that incredible?

5. She founded the AIMC (All India Mahila Congress)

This was a part of the INC (Indian National Congress) that comprised only women. Sucheta founded the party shortly after she got elected as the prime minister. She had devoted her life to seeing the life of Indian change for the better. Sucheta decided to form an all-women movement but under the INC.

6. She was the first Indian Female Prime Minister

Sucheta was the first female candidate to assume the position of prime minister. She is highly accredited for that. Sucheta was a firm, fearless leader who always stood by her words and decisions. She showed the world that women could also occupy prominent positions in the government.

7. She Put A state employee strike in control

During her tenure as the minister of labor and development, the state employees went on strike to demand a pay rise. She had already concluded not to negotiate with them whatsoever. She put them in a fix, and the only option they had was to agree to her terms, and the strike ended after running for 62 days straight.

They say everything has an end. In 1969, Congress split. Sucheta left the party and launched a new party by the name NCO. He later lost the 1971 elections from Faizabad as an NCO candidate. It was after these elections that she decided to quit the pollical scene. She isolated herself until 1974, when she passed on. No records have revealed the cause of her death. However, we can consistently conclude that it was one of those old-age complications. She passed on at the age of 66 years.

Today, Sucheta is remembered for her bravery and passion for leadership that saw the female gender valued and respected in society. She remains the first woman to become the prime minister of India.