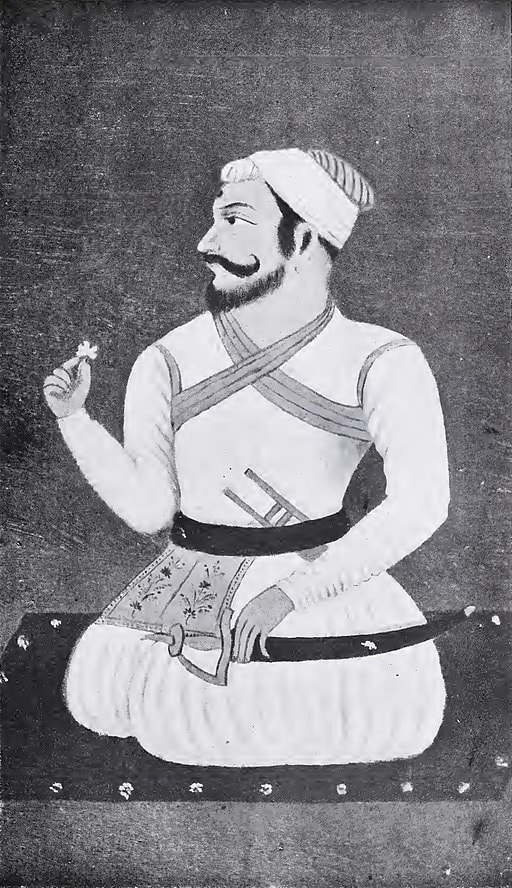 Hello everybody, in this article, I am going to share information about the son of Maloji Raje of Verul who is Shahaji Raje Bhosale. He worked as a General in the court of Adil Shah of Bijapur & Nijam Shah of Ahmednagar.

Everyone knows the history of Chhatrapati Shivaji Maharaj, but very few people know the past before and after Shivaji Raje.

One day while in Nizam durbar significant events happen. During the quarrel, Lakhujirao Jadhav gets killed and beheaded by duke.

In an angry mood, Shahaji Raje left the durbar. At that time, he resigned from Nizam court and never went again to Nizam court.

How did Shahaji Raje Bhosale die?

Shahaji Raje Bhosale died uncertainly. During he was in Karnataka one day he went for hunting near Hodigere village.

Accidentally, he falls from his horse and gets injured to death. So Vyankoji built his Tomb in Hodigere village.

Which was the most important battle in the life of Shahaji Raje?

I think battle at Karnataka with Kempegowda III was the significant battle in the life of Shahaji Raje. After the battle of Talikota fought in 1565, the generals of Vijayanagar became independent. Hence, the Bangalore and its territory were independent.

So there was no chance to get direct help from Vijayanagar, which was really rich in resources. Still conquering was quite challenging, and hence, in my point of view, its major achievement.

After the Karnataka victory Mughal Badshah Shah Jahan gifted the newly won territory to Shahaji Raje. It really gave a new curve to the life of Shahaji Raje. Because, before that Deccan was the workspace of Shahaji Bhosale. But after capturing Karnataka, he made that region as his primary workspace.

Shahaji Raje is in charge of Pune Jahangiri, in which year it was given to Shivaji Raje?

Actually, I researched a lot but not found an answer anywhere. So, I am not sure, but I will still try to answer the question.

Shivaji Raje pledged on April 27, 1645, at Raireshwar temple. According to Wikipedia, Shivaji Raje started capturing forts after he took the oath of Swarajya. Therefore, in 1648, Adil Shah captured Shahaji Bhosale.

But according to IndiaTheDestiny, Shahaji Maharaj was captured because he supported Nayakas. The Nayakas were generals separated from Vijayanagar who stood against Sri Ranga III, which was prince of Vijayanagar.

Pune, Satara, Kolhapur, and Tanjavar were the centers of the Bhosale family of the Marathas.

Like Maloji Raje, Shahaji Raje Bhosale served in the court of the Nizam Shah of Ahmednagar.

In the legacy of Maloji Raje, Shahaji Bhosale got Pune and Supe region. Hence, he sent his son Shivaji and wife Jijabai to Pune to manage the territory.

Shah Jahan sent a massive Mughal army to destroy the Nizams. Then, Adilshah allied with the Mughals.

At that time, Shahaji Raje Bhosale was at the fort of Mahuli. Meanwhile, the Mughals succeed in kidnapping Nizam Prince Murtaza.

Therefore, Nizam had no choice left except to surrender before Mughals to save Prince Murtaza’s life. After the treaty, Mughals rescued Nizam Prince Murtaza.

While serving Nizam Shah, there was an incident in the Nizam court. Shahaji Raje Bhosale’s father-in-law, Lakhujirao Jadhav, was killed in court.

Then, in anger, Shahaji Raje left the Nizam court and accepted service in Adilshahi court.

Like Maloji Raje, Shahaji Bhosale was also very gallant. He had fought many battles in favor of the Nizam Shah.

When the Mughal emperor Shah Jahan invaded Deccan to conquer the south.

At that time, Shahaji helped the Mughals to defeat Adil Shah in the year 1632. Mughals awarded the region won in this war to Shahaji Raje Bhosale.

Like Maharana Pratap of Mewar he also used the guerilla warfare technique in his battles. Likewise, being from the generation of Shahaji Bhosale, he was very skilled at guerrilla warfare.

After this, Shahaji had reasonable control over Pune and Supe.

After coming to Adilshahi court, Shahjahan and Ranadullah Khan marched from Bijapur. They intended to win the Southern Parganas (regions) in the year 1638.

To build a harmonious relationship with them, they defeated many kings in the south but returned their kingdoms to them.

Therefore, after that time, whenever Shahaji Raje Bhosale demanded help, the support from the Southern kings came.

Kempegowda I was one of the great rulers of Karnataka, who established the renowned city of Bangalore.

His successor Kempe Gowda-III was a contemporary successor ruling during the time of Shahaji Bhosale.

Kempe Gowda-III of Karnataka also ruled the state of Karnataka under the influence of the Vijayanagar kingdom.

In 1638 AD, an army of Bijapur defeated Kempe Gowda-III under the leadership of Shahaji Raje Bhosale and Randullah Khan.

Shivaji Maharaj required an independent Royal Seal to begin the work of Swarajya (Self-government) and start its Authority.

Then, Shahaji Raje Bhosale prepared a new Rajamudra (Royal Seal) for Swarajya in the Sanskrit language.

Shahaji Raje Bhosale himself handed it over to Chhatrapati Shivaji Maharaj. Words and their meanings inscribed on the royal seal were like below.

The growing like the moon of Pratipada, this Rajamudra (Royal Seal) of a son of Shahaji named Shivaji rules only for public welfare.

While Shahaji Raje in Adilshahi court, Shivaji Maharaj, started his campaigns to capture the forts one by one.

At that time, Shahaji handled the situation, saying, “Shivaji might take the fort to manage the Pune and Supe Paragana (region).”

Here, Shivaji Maharaj also reported via reporter the message, “Forts have been taken only to properly maintain the Pune and Supe territory.

There was not any other motto behind it.” In this way, Chhatrapati Shivaji Maharaj cleverly keeps up the work of Swarajya.

Once, while Shahaji Maharaj was in Karnataka, he desired to hunt. He was in Hodigere village. For hunting, he heads towards the deep forest.

It was the day of 3rd January when Shahaji Raje was hunting in the Jungle. When an accident happened, they fell from the horse straight to the ground.

He died due to his head hitting the ground. This news of the death of Shahaji Raje spread like the breeze throughout India.

As soon as Jijabai got a letter at Raigad fort, the entire Sahyadri fell in grief with her family.

Shahaji Bhosale was the most influential chieftain of India in his time. During the reign of Shahaji Raje Bhosale, the Bhosale family began to rise in India.

His son, Ekoji I or Vyankoji, was the founder of the Maratha Empire in Tanjavur.

In memory of his father, Vyankoji built the tomb of Shahaji Bhosale at Hodigere village near Channagiri taluka in Karnataka.

For molding the child into an extraordinary king, family support was really necessary.