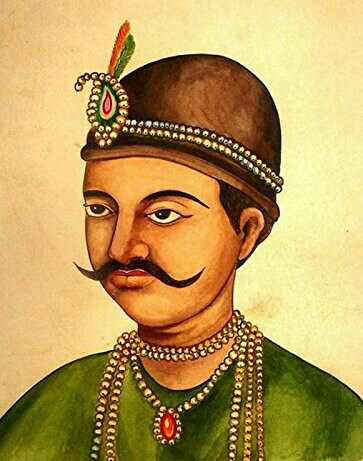 Hi friends, today I am sharing history of top military leader Ramchandra Panduranga Bhatt alias Tatya Tope. He was military general of Indian rebellions during the war of 1857.

As we already know very well, the British kept Indians in slavery for many years. But also it was too difficult for them to rule over India. they had to battle our brave and gallant kings and soldiers.

To make India free from British government, there was first war for independence was initiated in the year 1857. In this war, the brave Rani Laxmi Bai, Mangal Pandey and Tatya Tope was rock solid against the British army.

But due to conspiracy of some of our Indian kings with British people, these brave fighter was unable to make free mother India from the Britishers.

And it was true that, these fighters had made the life for British people very difficult. If you go through the history then you will find that, those British people had admire our brave soldiers.

Although he don’t need any introduction. But today we will let you know about his courageous journey and also discuss many of his facets.

Tatya Tope was one of the Great and brave soldiers. He had played an important role to make India free from british people. To make the mother India from slavery, he had taken rigid steps against those british peoples.

Due to his expertise in battle and fearless nature, he had shaken the foundation of British government.

Tatya Tope was born in 1814 at Padauda in Maharashtra. His birth was in Brahmin family.

At the time of his birth, the name was given as Ramchandra Pandurung Yevalkar. But a few people may know him by this name. today he is known as Tatya Tope.

In his childhood, people was calling him as “Tatya”. When he became young, then he was appointed in the ministry of Peshwa Bajirao as Secretary.

The “Tope” was added to his name due to his great honesty towards his duty in the Peshwa Bajirao’s ministry, and then he had honored him by giving a Cap which has very Expensive gems. He always was wearing this cap.

That is why, the name “Tope” (derived from “Topi”, i.e. Cap) was added to his name. after this he was always called as Tatya Tope in history.

His father’s name is Pandurung pant and his mother’s name was Rukmini bai. He had 8 siblings and he was the eldest one amongst them. But there is not solid proof for this fact.

He was born in Maharashtra, but he was not so lucky to be there for a long time. As Maratha Empire declined and about to end during that reign. At the age of 3, he had to leave Maharashtra, and escape to Bithur near Kanpur in Uttar Pradesh.

The local people had also escaped from this state. This was the reason, by which, Tatya Tope was escaped towards Uttar Pradesh.

Tatya Tope was always busy in practice of battle fighting with his friends since childhood. He didn’t has the friendship with ordinary people, while his friendship was with Rani Laxmi Bai, Nana Sahib Peshwa and Rao Sahib.

The roots of friendship was very deep with Nana Sahib. Also he had taken his education with him as well.

As the time passes, this friendship was too strong with Nana Sahib, and he became the Right hand for him.

Both were expert in battle fighting skills. Therefore, both of them had initiated the war with British government and they successfully defeated the enemy.

How was the fire initiated for revolution?

When Nana Sahib was child, then British army had defeated his father Barjirao Peshwa and captured his ruling state, because of this, Peshwa has to leave his state and went to Kanpur.

He had been paid Rs. 800,000 per annum as he had leave his ruling state. But this was only given to him when he was alive only.

After the death of Peshwa Bajirao, the money was not given to his family by British government.

After his death the British government had taken back the rights of successor from his adopted son Nana Sahib.

Due to such of these vital reasons, the fire for freedom was in full intensity in their hearts.

They became rebellious against British government. They had many battle with white people and Rani Laxmi Bai was with them as well.

To take revenge against them Nana Sahib had prepared his own army. It was done in 1857, as this was the time for war for freedom.

He had taken advantage of this moment and organized the strong army with the help of Tatya Tope, and finally he was selected as Commander of the force.

Nana Sahib had blind faith on Tatya Tope, that’s why he had chosen him as commander.

When agitation was initiated in 1857, then Nana Sahib and Tatya Tope was also the part of this war for freedom, and just because of this they wanted to take revenge with British government. Also they wanted to make India free from them.

When British had attached on Kanpur in 1857, then Nana Sahib was rock solid against the enemy.

Unfortunately he was defeated. During this time, Nana Sahib fought with them many times and due to bad luck he was always defeated by them and as a result he had to leave Kanpur.

He was shifted to Nepal with his whole family. It was said that, he was busy in chanting the God. He spent his rest of his life there and finally he died there.

Although Nana Sahib left Kanpur, but Tatya was still against the enemy. He had strong determination to make India free from britishers. Then he organized the army for battle with them.

When Tatya Tope was in Bithur with his army, at the same time British army had attack on them. There was a very big battle between them, Tatya Tope was almost unable to stand against them, and finally he was defeated by British.

The reason was that, he was changing his place frequently and it was very difficult to British government to arrest him.

Brigadier General Havlock was responsible for all attack on them.

Tatya Tope had followed the battle skills from Shivaji and with the help of Guerrilla warfare and many times he had defeated the enemy.

It is a technique to defeat the enemy, when the enemy was not ready for battle. He came as thunder and defeat them, as the enemy was trying to understand that what happen with them, and he used to run away with enemy’s place.

Tatya had planned this strategy against them from deep of Vindhya to Aravali Mountains. They had killed so many white people during this wars. Even after this, the British had chased him upto quite long time, but they were failed to arrest him.

Although, Tatya Tope and Nana Sahib, was childhood friends. That’s why Tatya Tope was always with him. Apart from this, Tatya Tope had also helped Rani Laxmi Bai during the battle with British government.

It was the time of 1887, when Rani Laxmi Bai had taken the oath to defeat the enemy.

At this time, the British had attached Jhansi, and then, Tatya Tope had helped her. He had offered his whole army to her to make defeat and he taken safely from enemy’s area.

After the success of this revenge Tatya Tope and Rani Laxmi bai went to Kalpi, where, they had made strategy to defeat the enemy.

By the experience with British army, Tatya was understood that he had to make his army more strong against enemy and then it will be only possible to make sure our victory.

He planned to take help of Jayaji Rao Sindhia, after this Sindhia and Tatya was with Rani Laxmi Bai against the enemy. After this battle, enemy was defeated and they have wave the flag on Gwalior Fort.

After this battle, the British government was so weak and it was a great shock to them. Then on 18 June 1858, there was further attack on Gwalior, and unfortunately Rani Laxmi Bai was defeated by enemy.

As per her ethics of life, she ended her life by burning herself in fire, so, the enemy cannot even touch her and not be able to make her as slave.

How Tatya Tope was died?

About the death of Tatya Tope, there was always discuss 2 things, as there is some evidence in history that, he was hanged by enemy, also at some places in history it was written that, he never was hanged for death.

He had natural death. What is the probability of truthfulness of these facts, we can’t tell about this, but whatever was in history, we are telling the same.

According to the history, there was a fact that, when Tatya was in the forest of Padaun, at that time, the british army has found him there, and he was litigated by many cases, and finally he was sentenced to death (hanged till death).

The independence to India was delayed due to non-unity of the then kings, emperors.

There are lot of assumptions related to death information about Tatya Tope. Here are some facts about him.

On the other hand in the history, he never be caught by british government. He was died in 1909 in a village of Gujrat and this was the natural death.

He lived his whole life and it was evident, because we got certain evidences to live his whole life. Even, his nephew has confirmed for his long life.

It was also told that, Tatya and Mansingh had made the conspiracy to confuse the british government, that, he is in forest of Padaun.

While they had arrested another person and noosed him. The british government was in the impression that, they had finished Tatya, but it was a just a fen fire.

For your information, there was battle between Tatya and british for 150 times, in which, Tatya had killed 10000 solders of british army, and really, it was a great loss to the enemy.

After many battles, finally in 1857, the Kanpur became free from british government. But they were not so innocent, they had attacked Kanpur many times again, and unfortunately they ruled Kanpur.

Tatya Tope had a great contribution towards the independence of India. So for the honor of Tatya Tope the Indian government had released the postal stamp by his name.

Also there is a park by his name in Madhyapradesh, and there is his statue is in the same park.

So whenever anyone see that statue, may remember his contribution towards the independence of India.

There was a colony by his name as well. As he was noosed in Shivpuri in MP, there was a memorial by his name.

In Kolkata, there is Victoriya Memorial Hall, where, his fawl is there, which he used in many battles in the year of 1857.

War of 1857 has their own significance in the Indian History. Tatya Tope History was also closely related to 1857 war.

I tried to cover pretty much Information about Tatya Tope as possible. So, I hope you like the Biography of Tatya Tope.