Soyarabai- The Mother of Chhatrapati Sambhaji 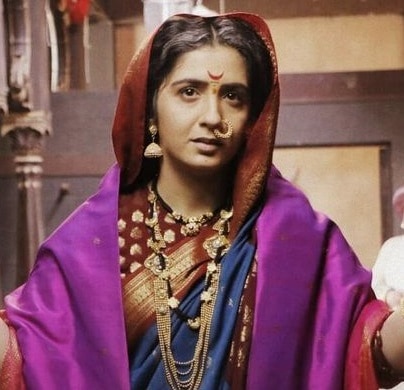 Every day comes with its news and stories. So, this day brings you yet another exciting tale of a fascinating character. Soyarabai Mohite was a woman who faced only notoriety in Maratha History.

I think this should change, so many bloggers, book writers referring absolutely wrong sources. Some people claimed that she murdered the Chhatrapati Shivaji Maharaj, and others accused of the poisoning of Chhatrapati Sambhaji.

There are many stories around her life, and it could be a bit challenging to figure out which one is true and which one is false. Don’t worry, that is why I’m always on the doing extensive research and bringing you facts and not fraudulent and baseless stories.

In this post, we will discuss a few facts about Soyarabai Mohite, Shivaji’s eighth wife and the mother of second Son Rajaram Chhatrapati Maharaj.

So, the exact date of Soyarabai’s birth is yet to be known. However, it is estimated to have happened between 1605 and 1665. Her birthplace is believed to have been Bangalore. Her early life as a child remains incognito, and our research has born any fruits yet.

So, it happened that Shivaji’s father lived in Bangalore with his stepmother Tukabai Mohite. On the other hand, the stepmother lived with her paternal niece, Soyarabai. Shivaji visited his father in Bangalore often, and this time he was accompanied by his biological mother, Jijabai. So, his mom likes Soyarabai, and both her and Soyarabai’s paternal aunt insisted that Shivaji marries Soyarabai. She was a beautiful lady, and Shivaji gave, and they both married. Soyarabai was young and not ready for marriage. But, Shivaji, the ruler of Maratha, had to cooperate, and they both got married around 1659.

Shivaji’s biological mother, Jijabai, passed on in 1674, precisely 25 years after Soyarabai married Shivaji. This was the time Soyarabai started gaining fame across the Maratha empire. She indulged in court politics, and her prominence gained stability from the Shivaji family and beyond. They were blessed with two children, Rajaram Chhatrapati Maharaj, the second son of Shivaji, and one daughter, Balibai.

Although her exact age has never remained unknown up to date, History has it that Soyarabai was married to Shivaji Maharaj at a very tender age. So, we can approximate that she was still in her teenage years when she got married. However, this is not justified but only a mere estimation. Her marriage to Shivaji was pioneered by her paternal aunt, Tukabai Mohite, and Shivaji’s biological mother, Jijabai.

The founder and ruler of the Maratha kingdom, Shivaji Raje, got married to 8 different wives. There are several reasons why he had eight wives. The funniest fact is that Shivaji was a disciple of Lord Rama, a one-wife-man, yet he became polygamous. However, his reasons were for the good of his people. He married the eight wives, the reason for expanding. Among his eight wives was Soyarabai, his eighth and last wife.

A lot of historians and bloggers have always presented Soyarabai as a bad person. Some say that she killed her husband, while others say that she attempted to poison her stepson, Sambhaji. On the contrary, she never did any of those. Shivaji her husband, died of an indigestive problem. On the other hand, she was a close ally to Sambhaji, and he actually used to invite her to most of his events.

A lot of stories have been made about the death of Shivaji Maharaj. Some narrate that his wife, Soyarabai, killed Shivaji. Well, it’s unfortunate that we still have bloggers who create stories out of mere imagination and assumption rather than doing detailed research around their subjects. My research gives a different narrative about Shivaji’s death and is far from being murdered by Soyarabai.

The truth is that Soyarabai was a very ambitious woman and, at some point, wanted to get her son, Rajaram, to ascend the throne after Shivaji passed on. This was wrong because Shivaji’s elder son, Sambhaji, was still alive and the heir apparent to the throne of the Maratha empire. Sambhaji was unaware of his father’s death and was not around during Shivaji’s cremation.

At this time, Soyarabai had established a good relationship with the Maratha’s courtiers, and they helped her put her son on the vacant throne of Maratha. Her son was only ten years then. To her surprise, Sambhaji, Shivaji’s elder son, returned and replaced her son from the throne. Surprisingly, Hambirrao Mohite, the presiding head of the Maratha Army, helped Sambhaji in dethroning his stepbrother. Sambhaji got all the courtiers who helped Soyarabai achieve her mission arrested and put behind bars. He assumed his father’s throne on the 20th of July 1680.

Even though many historians have all along blamed her for killing her husband, Shivaji Maharaj, the truth of the matter is that she didn’t kill him. Don’t fall for the many fiction bloggers claiming the Soyarabai killed Shivaji. The truth is there’s no single trusted source that claims Soyarabai poisoned Shivaji.

It might interest you to know that Shivaji Maharaj died a natural death. Yes, Soyarabai desperately wanted her son to inherit the throne from Shivaji, but she didn’t poison her husband, as many historians will claim. Shivaji died of a common illness. He had been facing some health complications for quite some time, and it only got worse, and he succumbed to death. Shivaji developed severe digestive system failure, and this made eating well a challenge. During his last days, he was having tiny and light meals, proving that he was seriously ill.

Soyarabai passed away in 1681. Many historians put it that Soyarabai was poisoned following the orders of her stepson, Sambhaji Maharaj. However, that was not the truth. Sambhaji loved his stepmother, Soyarabai, and even after she was accused of poisoning him, he didn’t believe it.