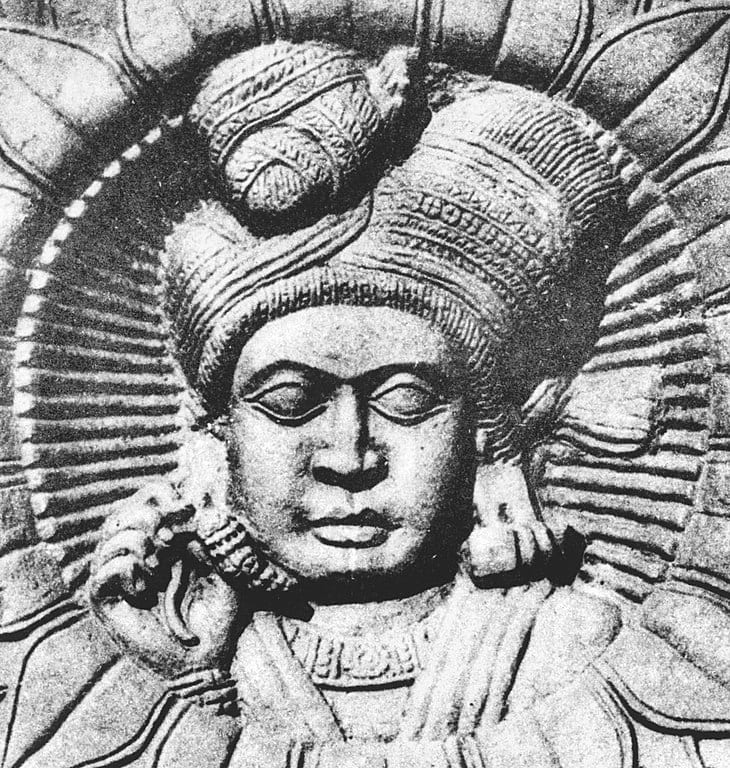 Hello everyone, my name is Ashish and today I am going to share the interesting Pushyamitra Shunga History.

During the reign of Pushyamitra, he faced the following two major military operations:

2) Victory of Shunga against foreign invaders

“Peaceful life is considered to be the key to a happy life. But human beings have to struggle to live a peaceful life.”

However, after the death of Magadha Emperor Ashoka the successors forgot this struggle. So they were unable to defend against the foreign invaders. Once again after Alexander, the Indo-Greeks invaded India. In this invasion, Greek army won larger territory than the region they conquered during Alexander’s invasion.

King Brihadratha was enthroned on the throne of Magadha. A weak king who is unable to protect the motherland from foreigners. Such a king has no right to lead a powerful kingdom like Magadha. This was the feeling of Pushyamitra Shunga, the commander of the Emperor Brihadratha.

Pushyamitra also had the support of many chiefs from the court of Magadha. Also, all the courtiers felt that, if the Magadha kingdom was to be saved from the foreigners, a king as powerful as Pushyamitra should come to the throne. Pushyamitra also often tried to change the mind of Magadha king Brihadrath. He also said to king Brihadrath that war is needed to protect Magadha against powerful foreign invaders. But, the emperor was not ready to listen to him and begin battle.

The Bactrian Greek king Milind (Minander) had set foot in India and also he was planning to begin war with Magadha. So finally Pushyamitra Shunga decided to kill Magadha King Brihadratha. Pushyamitra Shunga publicly killed Brihadrath in a public place in front of all the citizens. As a result, the Shunga dynasty was established in Magadha.

On the contrary, after Pushyamitra Shunga, who was himself a Brahmin, came to the throne of Magadha, he again started Hindu customs. Not only that, after his victory in the battle he himself performed Ashwamedha Yajna , in which the horse is sacrificed.

By doing so, the Buddhist community was hurt and therefore out of enmity, Buddhists produced anti-Pushyamitra literature.

According to Buddhist literature, Pushyamitra Shunga had killed hundreds of Buddhist monks. However, Evidence of this has not yet been found. Therefore, these statements are false and it is only part of anti-Pushyamitra material that is noticed.

After the death of Emperor Ashoka, the importance of Magadha diminished to some extent. The reason is that Magadha did not get any talented leadership after him.

Another reason is that Magadha was a resource-rich kingdom until the time of Emperor Ashoka. After Emperor Ashoka, the resources in Magadha were used by the neighboring rulers of Magadha due to the lack of a powerful central ruler. As a result, powerful kingdoms like Shunga, Kanva, Satavahana, and Kushan emerged.

Pushyamitra Shunga ruled Magadha which is in Central India and the capital of his kingdom was Pataliputra. His empire was smaller than that of the last Mauryan emperor Ashoka. Nevertheless, their revolt was important to prevent India from falling into the hands of foreigners.

The Mauryan Empire before the Shunga dynasty:

The Mauryan Empire was one of the most powerful historical empires not only in India but in the whole world. The rise of this great empire was the result of Acharya Chanakya’s diplomacy, politics and the bravery of Chandragupta Maurya.

Read the reasons behind the decline of the Mauryan Empire.

After Emperor Ashoka, the Mauryan Empire divided into several pieces. To prevent the decline of the Mauryan Empire, Pushyamitra Shunga revolted and took over the reins of the empire, killing the Magadha emperor Brihadratha.

After becoming emperor, he maintained the existence of Magadha even when he was in a very difficult situation. It was due to his skillful leadership and his prowess that he was able to maintain the unity of a large region in the Ganges valley.

According to Buddhist literature, Pushyamitra Shunga had a grudge against Buddhism. So they attacked and tried to destroy the Buddhist monastery at Kukkutarama. What is special here is that this time the monastery was protected by unknown supernatural forces.

According to them, Pushyamitra also tried to assassinate several Buddhist monks in East Punjab. But even this attempt failed, which is actually completely unacceptable and untrue. You can think of an emperor who attained victory in the battle of Vidarbha and against foreigner attackers, that emperor failed to destroy Buddhist monks and monasteries? Be sure to leave the comment on this matter.

In fact, Pushyamitra Shunga supported Hinduism. Which angered the propagandists and followers of Buddhism.

The second thing is the mention in the Buddhist scriptures of supernatural powers which protected Buddhist Vihara. Due to this mention, it is clear that this material was created out of resentment and animosity against Pushyamitra Shunga and the Historians also agree with the fact.

In fact, there is evidence that Pushyamitra was tolerant of all religions. Similarly, other Hindu sacrificial traditions were also allowed in his time. During the reign of Pushyamitra, he performed Ashwamedha Yajna. During his reign like Hindus, Buddhists were also allowed to perform religious rites independently.

During the Shunga Dynasty, large stupas were built at Bharhut and Sanchi. Inscriptions have been found that people donated for the construction of that stupas. This evidence makes it clear that, when Pushyamitra Shunga came to the throne, feudal lords from parts of north-western India revolted and separated from Magadha.

After the assassination of the Mauryan emperor Brihadratha, the rulers of Vidarbha province declared independence. But this independence of Vidarbha did not last long. Because, Agnimitra, the son of Pushyamitra, invaded Vidarbha and conquered that region.

Historical figures and information about them are thoroughly verified on the basis of evidence. Therefore, new facts come to light from time to time. This newly discovered evidence often raises questions on the assumed history of the past. A similar question arose when historians found the inscription of the Kalinga emperor Khaarvel at Hatpinga.

After the last powerful Emperor Ashoka, foreign attackers get a chance to attack the Indian subcontinent. How did reign of Pushyamitra can be exception for these attacks?

As soon as Pushyamitra came to the throne, there were foreign invasions in India. In Indian literature, these invaders are called “Yavan”. From the historical evidence, it is clear that Yavan was Bactrian Greek.

Patanjali also mentions these foreign invaders in his literature. The war between Shunga and Yavan is described in the literature of the great poet Kalidasa.

Although it is not clear who the foreign invader was, historians say that he was King Demetrius or Milind (Minander). At that time, Vasumitra, the grandson of Pushyamitra, led Magadha and repulsed the Indo-Greek invaders.

Also based on the evidence, it appears that these Indo-Greek invaders were unable to conquer the territory of Magadha.

After the above two important and major military operations, Pushyamitra Shunga performed Ashwamedha Yajna and showed his sovereign power to the whole world.

According to the ancient Hindu Brahmanical tradition, Pushyamitra was a powerful king. He was also an aristocratic king, which gave him the privilege of performing Ashwamedha Yajna.

This may be an exaggeration as the Brahmin community is in their support. However, to summarize the historical evidence about him, Pushyamitra was not an aggressive king to expand boundaries, but he was highly capable as a ruler.

During the reign of Pushyamitra Shunga, he was criticized as an anti-Brahmin and anti-Buddhist emperor. On the other hand, after his son Agnimitra came to the throne, he was glorified as a benevolent and just king.

Prince Agnimitra initially showed administrative prowess as the Governor of Vidisha Province. Later, in the battle of Vidarbha, Agnimitra also served as the Commander-in-Chief of the Army. In every test, he came true with the strength of courage and bravery. Due to his efforts, Vidarbha province was once again merged with the Shunga Empire. As a result, he was proclaimed Crown Prince of the Empire.

Emperor Agnimitra was also a mighty warrior with a competent administrator. So he became a famous personality of that time. According to historical evidence, he ruled for only eight years. The archeology department has also received coins of his reign. Unlike the coins of Samudragupta’s reign in the Gupta period, these coins give no indication of the personality and administrative rules of Agnimitra.

End of the Shunga Dynasty:

Vasumitra was the last mighty emperor of the Shunga dynasty. There is not much historical evidence about Vasumitra. However, he won the war against the foreign invaders. This proof is enough to prove their prowess. It is believed that Vasumitra came to the throne of Magadha after the death of his father Agnimitra.

Historians don’t know much about the successors of Emperor Vasumitra. But Brihaspati Mitra was a king of the Shunga dynasty. During his reign, Kalinga Naresh Khaarvel invaded Pataliputra and defeated Brihaspati Mitra. An inscription has been found at Hatpinga which supports this story.

Sharing is a way to encourage us !

Do not send me a FREE STUFF!

Do not send me a FREE STUFF!
Send this to a friend
We use cookies to ensure that we give you the best experience on our website. If you continue to use this site we will assume that you are happy with it. Privacy policyOK