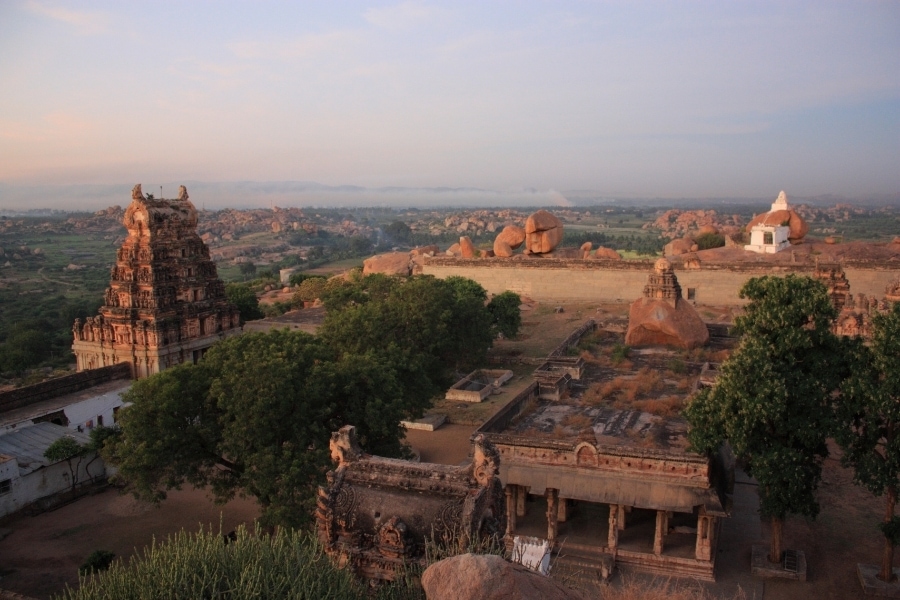 Hello everyone, today I am sharing one of the historical and prosperous kingodm of Indian history. Vijayanagara Empire was one of the famous Historical Kingdom which was situated on the Deccan Plateau.

Introduction to Glorious Kingdom of Vijayanagara

Harihar-I (Hakka) as well as Bukka Roy-I both in jail in Delhi. After some time, they came out of prison and came to South India. In the year 1334 A.C. Sultan Muhammad bin Tughlaq in Delhi could not prevent the uprising rebellions in Madurai.

Taking advantage of this revolution, Harihar-I and Bukka Roy-I declared their independent state. Harihara- I became the first king of this state and made the town “Hampi” as the capital.

After coming to power, he built a fort in Barkur. Similarly, Harihar-I established conquered the valley of Tungabhadra. After that won some territories in the area of Konkan and Malabar. Meanwhile, Hoysala king Veer Ballal-III died in a fight with the Sultan of Madurai. Therefore, all the regions of the Hoysala were connected to the Vijayanagara.

In 1346 AD, there is an inscription of Harihar-I as the ruler of the entire province from the Eastern Sea to the Western Sea. Also, his capital, Vidyanagara, is said to be the city of education.

In 1371 A.C., he defeated Sultan of Madurai and extended the border of Vijayanagara to the southernmost tip of South India to Rameshwaram. In this Madurai war, Kumara Kampanna, the son of Bukka Raya-I, was also associated with him.

To completely control the Krishna-Tungabhadra valley, he invaded the upper part of the Bahamani Sultanate as well as Goa. Also, he has won the state of Odisha. His influence was also over the current Sri-Lanka. He has also collected tribute from Jaffna in Ceylon (Sri-Lanka) and Zamorin in Malabar.

During the medieval period, European travelers Domingo Paes, Ferná Nues, and Nicolò da Quonti came to India. Their travel descriptions helped us to know the History of Vijayanagara Empire.

Vijayanagara always gave motivation and shelter to the production of literature as well as arts. Therefore, Carnatic music was also developed.

Reason Behind Decline of Vijayanagara Empire

According to Britannica.com, it is possibility that, Rama Raya defeated Nijam Shah of Ahmednagar and Kutub Shah of Golconda who lost most of their region.

It might be the reason behind the alliance of Muslim kingdoms for destruction of Vijayanagara Empire.

After disintegration of Bahamani kingdom in 1564 CE, newly evolved four of five kingdoms came together to defeat the giant kingdom of Vijayanagara.

Contemporary old king of Vijayanagara, Rama Raya defended the empire up to his strength. But the end was undeniable and unfortunate, the combined forces of Muslim kingdoms captured the Emperor Rama Raya.

Muslim king executed the Emperor Rama Raya and hang the head over the spear. Then, entire Vijayanagara forces lost their control and fearfully helter-skelter ran away from battlefield. The Muslim troops chased the Vijayanagar forces and bloodshed happened.

After that Muslim forces enter into capital city of Vijayanagara and destroyed the Hampi city. Fortunately, the brother of Rama Raya named Tirumala became successful in escaping out to the south prince and treasure.