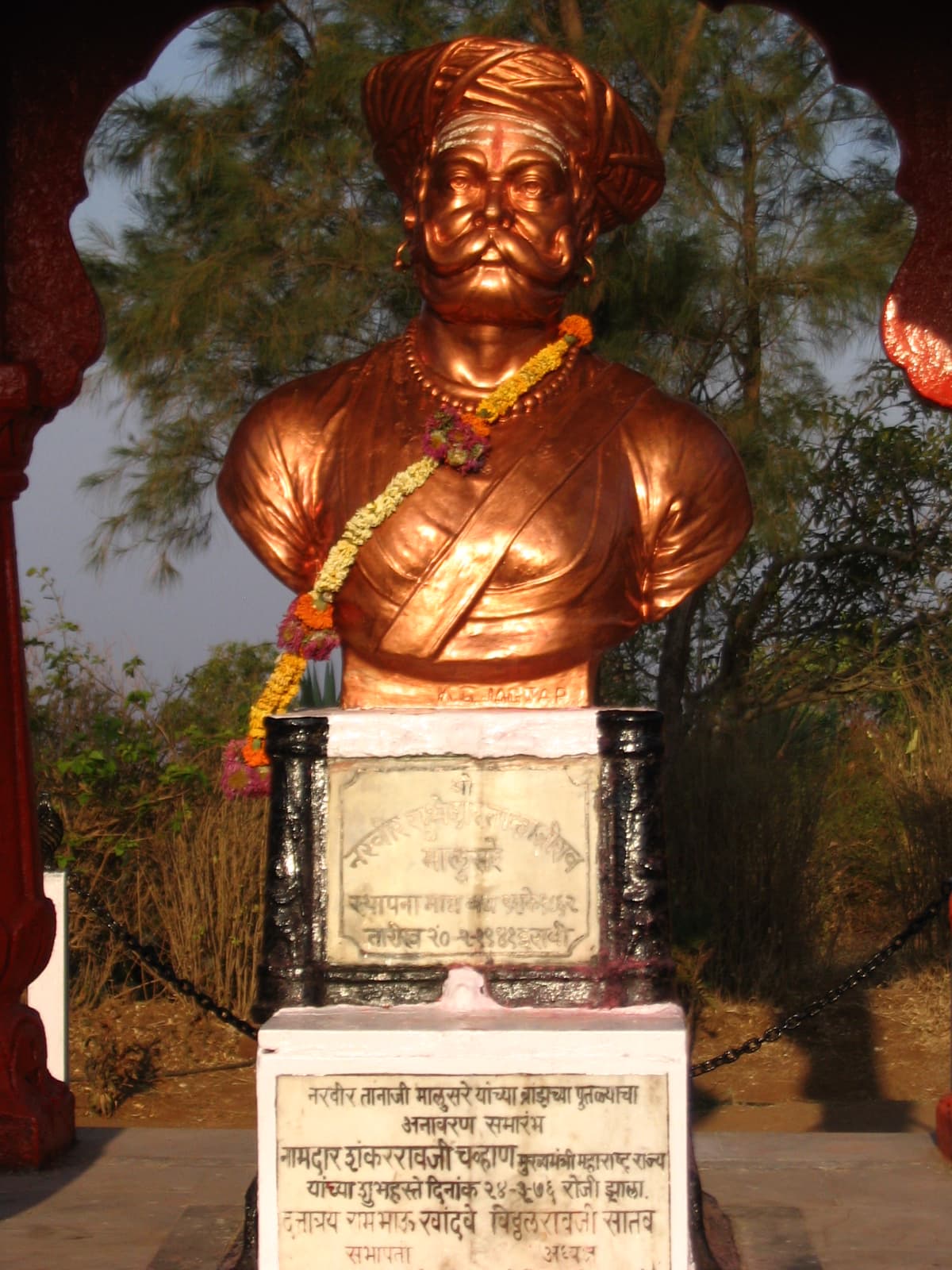 They say legends never die. They live in the memories of people and makeup history. Without these, there would be no history. We remember them through the things they did and the impact they made in society while they lived.

This article outlines the life of one of the greatest warriors to ever live in the land of India. Tanaji Malusare is a warrior worthy of remembering and honouring. He was a fearless warrior and led army of King Shivaji Maharaj of the Maratha Kingdom.

Tanaji Malusare, also known as Subedar, was born just when the 16th century was just starting. He was born into one of the prominent families in the region (India, Maharashtra) known as the Malusare Clan.

His father, Kaloji Malusare, and his mother, Parvatibai, lived in a village called Godoli, located in Panchgani. This is where he lived in his childhood days. His family was Hindu, and so he grew up in the Hinduism religion.

According to one of the famous poetries, Subedar Tanaji Malusare was brave and selfless. This character was natured into adulthood. He surely expressed the same when he selflessly fought the Sinhagad battle. He lost his life while fighting for his people.

He lived in Godoli Village until Shivaji appointed him to hold in the robbers from Mahabaleshwar and Poladpur. Shivaji Maharaji, the Maratha empire’s king at the time, gave him this mission to complete. This is the time he moved to live in the Umrath village.

As expected, he came of age and was ready for marriage. He found himself a beautiful young lady by the name of Savitri. They tied knots and later earned a son and called him Rayaba Malusare.

Apart from his Nuclear family, he had his parents and a brother called Sardar Suryaji. Much is not said about his close family members.

Tanaji and Sivaji Maharaji made a great dual. They grew up together as close friends and did many things together. From their childhood, they collaborated on a lot of matters. Both made strategies and implemented plans for capturing forts, attacking enemy, defencing enemy, etc. Meanwhile they also captured forts during initial days of Swarajya. So, he and Chhatrapati Shivaji both had a great bond in between.

He and other trusted supporters get credited with helping Shivaji in many battles. Shivaji elevated Shivaji to command of his army because of their close relationship. During the Sinhagad Battle, he came into the limelight and put his name in Indian history.

Tanaji’s son was about to get Married, so he got busy with the wedding preparations. During the preparations, Shivaji called him out to the battlefield. As usual, his duty as a warrior and army leader had to come first. He immediately abandoned his son’s wedding and accompanied Shivaji to the battle. This act was one of his that portrayed his selfless nature and sacrifice for his people.

When the time was right, Shivaji made the decision to take back the forts he had before handed to the Mughals as a condition of a peace treaty. The Mughals had great strength because the number of troops.

Furthermore, Mirza Jai Singh was the ardent Rajput commander of the Mughal forces. Also they had attacked most of Maratha’s villages earlier. This attack was an act of revenge after Shivaji attacked Shahista Khan of the Mughal Empire.

Shivaji signed a peace treaty with Jai to calm the conflict and gave out 23 forts. He even collaborated with the Mughals to attack the Adilshahi Empire. This was also a condition inscribed in the treaty. Shivaji got detained during this attack but managed to escape.

Soon Afterwards, Jai Singh died, and Shivaji took this as an opportunity to regain his forts. Shivaji was determined first to recapture Kodhana, among a few others. Meanwhile, Tanaji was came at Raigad to invite dear king Shivray in his son’s marriage. As Maharaj preparing for battle, so Shivray said he could not able to came for marriage ceremony.

On hearing Shivray had to went for mission, he said “If my king had a time to go on such a mission, what is the meaning of our living? First the marriage of Kondhana, then to my Raiba’s!”requested to handle the task. He was a loyal warrior and a leader who was ready to postpone his son’s marriage ceremony for the mission.

The famous Sinhagad Battle happened in early February of the year 1670. The fight occurred in Maharashtra, a village near Pune in India. In this fight, he was fighting against Udaybhan Rathore, the keeper of the Rajput fort.

The fight got intense, and the Maratha army Slain approximately 1000 Rajputs while others died in their attempt to escape. Marathas recaptured the fort with great bravery of brothers Tanaji and Suryaji. But this victory came at the cost of losing him during the battle.

So, Chhatrapati Shivaji said, “The fortress came, but the lion went!” Then, Shivray in respect to his bravery renamed Kondhana as “Sinhagad”, where Sinha means lion in Marathi.