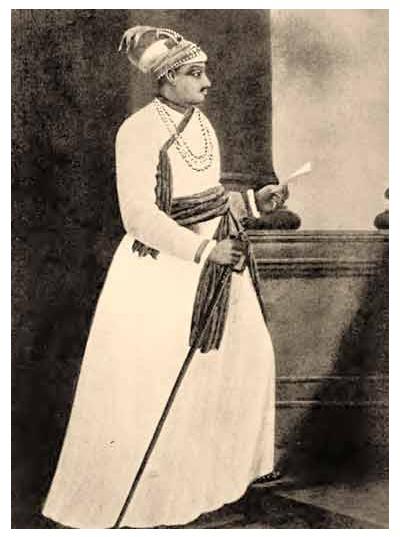 Murshidabad city was the Mughal capital in Bengal during the 18th century. The city located on the banks of river Hooghly, which is one of the distributary of Ganges.

Current capital of Bangladesh, Dhaka was one of largest weaving center during 18th century. Dhaka was considerably larger than Calcutta and city was often compared with London for population. Navab Aliverdi Khan had richest province of Bengal during his reign from 1740-56.

After that, how long his empire existed, that’s the question. Maratha invasions stopped the revenue rushing towards Delhi.

Maratha Empire did not allow to resume the revenue payments to Delhi.

In 1740 CE, controller of Bengal finances, mastermind Jagath Seth bankers financed a military coup. As a result, a mix of Arab and Afshar Turkman stock was Alivardi Khan came to the throne.

Jagat Seths were kingmaker in Bengal, in addition, they were equally powerful in politics and finance as well.
Almost each time, Seths had brilliantly selected their man in power. Among those mans, Aliverdi was most capable, popular and cultured ruler.

Bravery and persistence of Alivardi Khan managed to limit the invasions of powerful Maratha to bay. Only few other Mughal generals were succeeded in doing so.

His military efforts and cunning made result in his favour several times. Therefore, in 1744 CE he bait Maratha officers of Bhaskkarrao Pandit into negotiations. His Afghan general named Mustafa Khan used the event to assassinate the whole military leaders while they were in tent. The peace negotiations resulted in huge loss to Maratha Empire.

Alivardi Khan was the originator of glorious Shia court culture along with economic and political center. It is considered as rare island of prosperity and calm during messing of decline of Mughal Empire.

So many talented people of Shahjahanabad were migrated to Murshidabad. Those people included soldiers, administrators, singers, dancers and painters.

As a result, obviously it was one of core center of late Mughal arts.