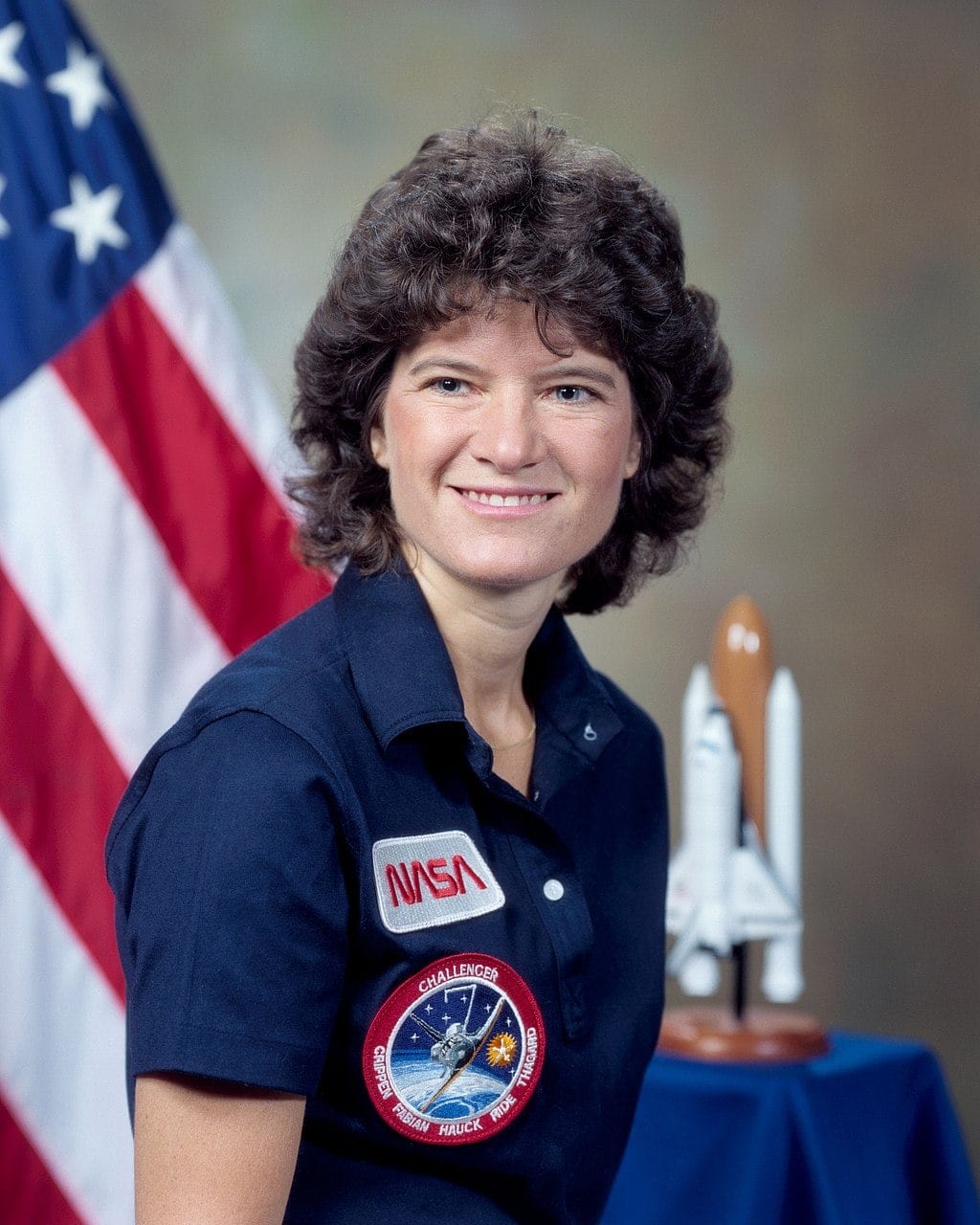 Hello friends, today I am going to share a Sally Ride biography who was great scientist and astronaut. I hope you like the life story about her, so without wasting time, let’s get started.

Sally Ride Biography Sally Kristen Ride was the first American lady astronaut. Finally, She flew in space on 18 June 1983. She flew in space shuttle Challenger and became a role model for future generations. Sally not only utilized the shuttle robot arm but also made it. She was extraordinarily talented in Science Education. Consequently, Sally Ride biography became inspirational, especially for all women.

Presidential Medal of Freedom (Highest Civilian Award in the US)
Sally received lots of award and medals. Likewise, Her family was very supportive to her decisions.

Sally took birth on 26May, 1951. Her birthplace was Encino, Los Angeles, California. Dale B. Ride was her father and Carol Joyce Ride was her mother. Her father was professor of Political Science at Santa Monica College. Her mother was volunteer counselor. She also had one sister Karen Ride.

Sally completed her primary education at Portola Junior High School and Birmingham High School. After she became eligible for scholarship for further education. Then she completed her graduation from Westlake School for girls. Then She went to Swarthmore College for three semesters. Physics was her another strength. She took physics course at California University. Sally entered as junior in Standford University.

She graduated in field of Physics and English. Then, she continued her masters and completed in 1975. Sally had also very much interested in research. As a result completed her PhD in physics in 1978. She does her research in interaction of X-rays with interstellar medium. She was very focused and her specific areas of study were Astrophysics and free electron lasers.

Though she had interest in Science, she maintained both Science and Playing Games. She was very much interested in Tennis and earned scholarship to play. She was national Tennis player.

Above all, there were 8000 candidates who seeking a reply from NASA. Sally was one who separated from that crowd. She was selected for NASA in 1978. At first, she has worked as a communicator for second and third space shuttles. She also helped in developing space shuttle “Canadarm”.

Before Sally’s first flight, she had faced several media’s questions. Few of media reporters asked, “Will your reproductive system influence badly because of the space program? If things go wrong on a mission then do you exude? Everyone knows the historical significance of her mission. Despite she pronounced herself only “as an astronaut”.

She was crew member in Spacecraft. Sally also first women who used robot arm to retrieve the satellite.

Sequencially, STS 41-G was her second space flight on board Challenger.

First of all, O-rings are common seals used during machine design.

Even more she was investigating Challenger disaster. She provided important information about O-rings.

Consequently, with that information NASA understand actual cause. Consequently, they find solution to avoid future accidents.

Seems like, Sally ride was not much likely to share her personal life. Therefore, She was tried to keep her life as secret as possible. She married in 1982 with Steve Hawley. Steve Hawley was a fellow astronaut in NASA. But their relationship not last longer and divorced in 1987. Another thing was Her sister confirmed her relation with O’Shaughnessy. O’Shaughnessy was a tennis player and they met while tennis tournament. Therefore, Sally was also first LGBT astronaut.

At last, Sally died on 23 July 2012 in California at age of 61. She died due to Pancreatic Cancer. Sally Ride biography was one of the motivations for youngsters.