Many of us have the confusion between Chhatrapati Shahu I of Satara throne, and Chhatrapati Shahu IV who was also the famous as a prominent social reformer of the Kolhapur’s throne.
Especially Marathi people, consider both of them to be the same. So first of all, I am going to tell you about those two kings.

Shahu Maharaj of Kolhapur is also known as “Shahu IV”, “Rajarshi Shahu Maharaj” and “Chhatrapati Shahuji Maharaj”. The Shivaji Maharaj family had no direct blood relation with Shahu IV. When Shivaji fourth was the Chhatrapati of the throne of Kolhapur his wife Anandibai had adopted Yashwantrao and renamed at time of coronation as Shahuji.
Shahu IV was the king of the throne of Kolhapur. Tarabai founded Kolhapur throne in 1710. After the separation of the Maratha kingdom, Shivaji II was the first king of Kolhapur province.
In this article, I am talking about Shahu IV. Which was popularly known as Rajarshi Shahu Maharaj.

Quotes or Thought’s of Shahu Maharaj:

There had been many kings in history but without following the caste discrimination in the poor peoples, the only king who brought people closer together considering humanity was Shahu Maharaj!

“Inheritance not came from the father, but inheritance have to achieved by self capability.”
He believed as”

Shahu Maharaj has been known as “Rajarshi” which also meaning as “royal saint”.

If you want to know more about India’s Freedom Fighters of all time, then checkout below:

In Shahu’s childhood, his name was “Yashwantrao”. He was born in the Ghatge family of Kagal village.
His father was the head of the village and his mother was a princess of the Mudhol family.
When Yashwantrao of 3 years, his mother passed away on 20th March 1877.
His father took full responsibility for his education. Shahuji completed his formal education at Dharwad and also Rajkumar College, Rajkot in Kolhapur. He learned of administrative matters from Sir Stuart Fraser.
However, he was not from the royal family, but he had strong leadership ability.
After the death of Shivaji IV on the throne of Kolhapur, Anandibai had adopted Yashwantrao when he was only 10 years old.

Shahu Maharaj was married to Laxmibai Khanvilkar in year 1891. Laxmibai’s father Gunajirao Khanvilkar was from Baroda. Their sons were Shivaji and Rajaram, and the daughters were named Radhabai and Aaubai.

Let’s understand the Power of Truth with Mahatma Gandhi

The reign of Rajarshi Shahu Maharaj:

On the date of 2nd April 1894, Shahu Maharaj came on the throne of Kolhapur. The Kolhapur province considered to be the Karivirbhoomi. Shahuji did many social works during his 28-year reign. His work made him so popular among the public.
At that time, Shahu Maharaj could not tolerate that the upper caste people doing injustice the lower caste people. Therefore, he enacted several laws to eliminate casteism and untouchability.
He also inspected each and every function to enforce the laws. 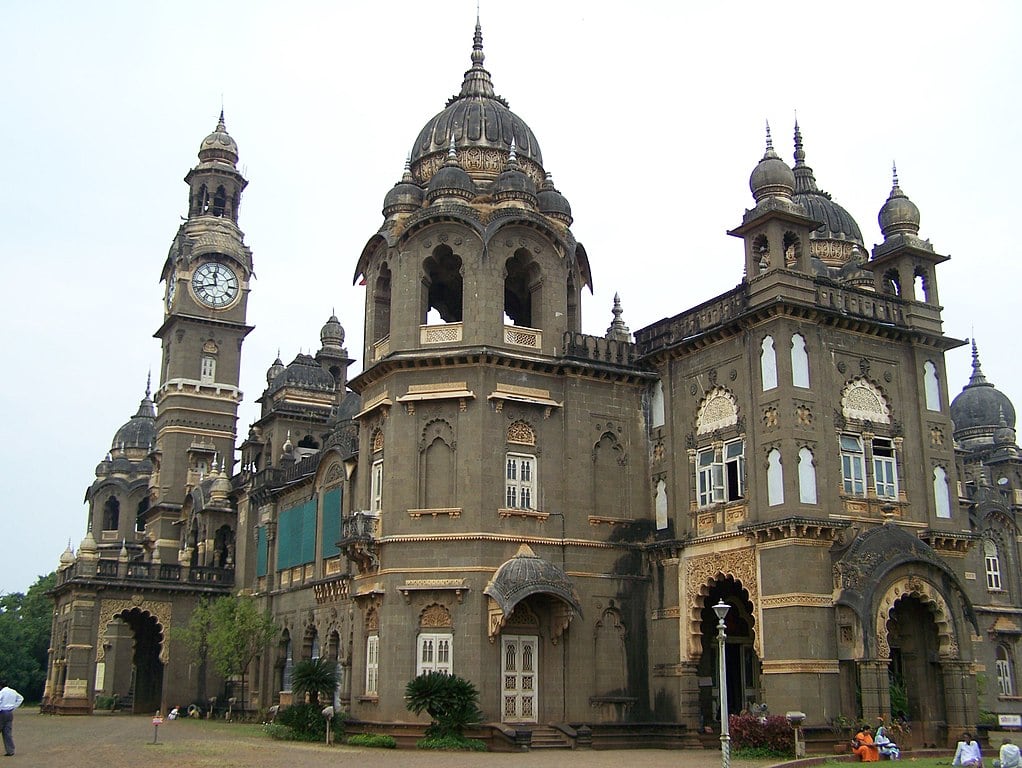 On the one hand, a few years ago, the rulers of Maharashtra started to close schools in tribal areas as an unnecessary expenditure. On the other hand, before gaining independence, Shahu Maharaj made primary education compulsory and free. He also enforced this law. Apart from this, parents of children whose children will not attend school were also fined Rs.1. He had made such a law.
When now the field of education is being looked as a business. That time remembered Shahu Maharaj who always helping boarding schools, high schools.

One Incident in life of Karmaveer Bhaurao Patil:

Recognizing the abilities of Dr. Babasaheb Ambedkar, Shahu Maharaj also assisted and helped him in the problems encountered in his education.
if I called Kolhapur as “Motherland of hostels”, so it will not be a mistake. Shahu Maharaj was the first King who started this hostels for every caste the childrens.

Shahu Maharaj came to know that If you want to eliminate poverty, superstition, and ignorance in the society then there is no alternative to education. For this, Shahu Maharaj focus was on ensuring that children of all levels get an education. During the reign of Shahuji, Kolhapur organization was doing the largest expenditure on primary education.

Shahu Maharaj had arranged several Maratha-Dhangar marriages for the destruction of the casteism in society. Shahu Maharaj had supported for widow remarriage and inter-caste marriage, he had also made necessary laws for this.

An incident in the palace:

He had hired a man to made a tea at the court. That man was from a lower-class society. Shahu Maharaj himself was drinking the tea made by that man. Also, Shahu Maharaj was made other court members also had to drink that tea.
Shahuji built the first “Radhanagari Dam” in India on 18th February 1907, to help the farmers get better crops.

A plague epidemic in the reign of Shahu:

A plague which had to spread in society very rapidly. Shahuji faced that plague in 1897-1898 in his Kingdom.

Shahu Maharaj selected the responsible persons for the administration and transformed the whole administration. Seeing the ability of Bhaskarrao Jadhav, Shahuji appointed him to the highest post of “Assistant Sarsubhe”. Also, Shahu Maharaj appointed Annaheb Lathe as the Prime Minister of his state.
Bhaskarrao Jadhav and Annasaheb Latthe also contributed to the opening of schools, for untouchables in the anti-Brahmin movement.

After the Vedokta case happened in 1900, Maharaj learned from his experience that untouchable society will not get justice unless the untouchable society gets rid of the oppressive injustice of the upper castes.
After this case, Shahu Maharaj received criticism from all the Brahminical community. Notably, it also included Tilak.

If he is opposed to being calling a Vedic mantra though he was a Maharaj, then think about that what would be the situation for the common people? As a result, on July 26, 1902, he issued a decree to reserve 50% reservation for backward classes in government jobs. Vedokta case is also of the reason behind this decision to some extent.

Shahu Maharaj had created law, according to it, it forbade untouchability in public places. He provided shelter to the wandering tribes.

In the year 1918, the traditionally functional twelve-caste (Bara-Balutedar) system. Shahuji stopped this method in every region.

Shahuji banned the oppressive practice of Devdasi in 1920. He declared in his kingdom nobody would follow these type of practices.

He set up big markets for industrial development. Shahu Maharaj established India’s famous Jaggery market in Kolhapur in the year 1895.

The interest of Shahu Maharaj in Art:

Shahu Maharaj had always inspired Artists. He had given patronage to many artists, irrespective of caste or religion. He also arranged a theater for the theater artists, plays.

Shahu Maharaj was passionate about wrestling. So, provided patronage and shelter to skilled skilled wrestlers of India.

He built a large field for wrestling in Kolhapur at that time. As a result, in Maharashtra, When anyone talks about wrestlers, the name of Kolhapur come forward.

In 1919, the Kurmi Kshatriya Sabha of Kanpur honored the social work of Shahuji and conferred on him the title of “Rajarshi”. Understanding Shivaji Maharaj’s thoughts, Shahu Maharaj shut down the injustice done in the name of the traditions in the society.

The last years of life were sordid for Shahu Maharaj. Because his son “Shivaji” had died in an accident. On other hands, they had diabetes and its nature deteriorated. Then, on May 6, 1922, he died of a heart attack in Mumbai at the age of 48 years.