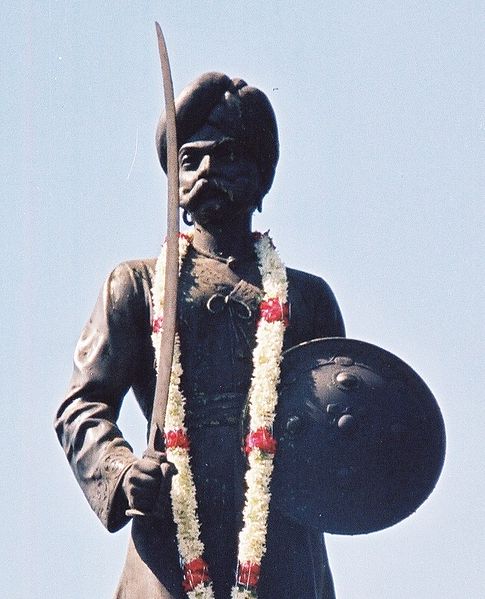 Today, I am going to share the Kempegowda History in English. His reign responsible for the current metro city of Banglore. So sharing his biography definitely reveals lots of hidden secrets you don’t know yet.

Who made victory over Kempegowda territory?

Dalawayis of Mysore Kingdom attacked Savandurga and Dalavayi Devaraja won the place in 1728, along with the palace at Nelapattana.

According to arcgis.com, first evidence of the Bangalore city found in the 9th century. But, Kempegowda (1510–1570) built the mud fort and four watchtowers, which decides boundaries of town. So, he recognized as the establisher of the Modern Bangalore city.

What were the ancient names of Bangalore?

Firstly, at the time of Hoysala rule, Bengaluru city was famous for Beans. Therefore, it is called “Bendakaaluru” or “Bendakaalooru.” It means “Town of Baked Beans” or “Town of Boiled Beans.”

What are the modern names of Bangalore?

Some great modern names popular for Bangalore city are Silicon Valley of India, Biotech capital, Garden City, StartUp City. The disreputable title for Bangalore city was “Garbage City”, which made a bad impression among new visitors.

Why Koramangala is known as the heart of Bangalore city?

Koramangala was one of the superior destinations and it also developed into a Central Business District (CBD). Above all, it is situated in retail and residential real estate in the city.

When was the metropolitan city of Bengaluru built?

Bengaluru was one of the oldest among the four metropolitan cities. The town was built around 482 years ago in 1537 CE.

The simple answer to this question is, when Vijayanagar was no more empire. After battle of Talikota fought in 1565, the generals of Vijayanagar became independent.

Entire Vijayanagar kingdom collapsed and disintegrated in pieces. But still Vijayanagar had control over some territories. After war Tirumala Deva Raya re-established Vijayanagar under Aravidu Dynasty.

All generals of Vijayanagar empire became independent. Hence, Bangalore and its territory was independent.

Name of Kempegowda was “Nadaprabhu Hiriya Kempegowda.” He was the famous feudal rex under Vijaynagar Kingdom.

He was the inheritor of Morasu Gowda clan. He ruled for 46 years from 1513 AD to 1559 CE. Emperor Sri Krishnadevaraya honored him with title “Chikkaraya.”

He was born on day Jun 27, 1510 CE. So every year, his birth anniversary celebrated in Bengaluru.

Birthplace of Kempegowda I- Yelhankanadu

He was born in a vibrant heritage town named Yelhankanadu. This city had a lengthy Historical Background. He worked as a feudatory and head of Yelhankanadu. Town Yelhankanadu located in Karnataka, and it was an integral part of the Vijaynagar Empire.

This city had called “Ilaipakka” during the reign of Cholas and Gangas. Hoysalas rulers changed the name of Ilaipakka to Elahakka. After some period, this city name replaced with Yelhankanadu.

After that, Kempegkowda I built the beautiful city of Bengaluru. Subsequently, he shifted his capital from Yelhankanadu to Bengaluru.

Kempegowda accepted the domination of the Vijaynagar Empire but acted as a separate ruler. He would always be eager to help his people. He showed strong leadership skills from his childhood. He took his education for nine years from Aivarukandapura (Aigondapura), a village near Hesaraghatta.

Once, he went for hunting along with his minister Veeranna and Advisor Gidde Gowda. They were going towards Shivanasamudra (near Hesaraghatta) from Yelahanka. Where he got an idea about establishing a large and planned city, he imagined the city with the fort, tanks, cantonment, temples, etc. The town would be the center of various professionals and trades.

After determining the four corners of the town. One of the four towers built by his son called “Gidde Gowda.”

Kempegowda tower has resided on top of a hillock inside Lalbagh. We recommend this place to History Lovers.

Kempegowda won the Sivaganga territory, which located 48 km (30 miles) from Bengaluru. Later, he acquired the Domlur region. Town of Domlur situated on the road of Banglore city to old Bangalore airport. This dense forest region he has chosen for the building of the fort.

During that time, Achyutharaya was the Emperor of the Vijaynagar Empire. He took necessary imperial permissions from Achyutharaya. After that, he built the massive Bangalore Fort in 1537 CE.

Besides the IT hub and silicon city, Bengaluru has a lot more things. Native people still remain unaware of those things. Likewise, it has a rich historical background and a well-planned town with different Petes.

From the city is name to different areas of traders, there were so many factors that make today is Bengaluru city. We are going to reveal the unknown aspects of Bengaluru city.

Boundaries of the Bengaluru

According to Historical legend, to set the boundaries of the Bengaluru town, Kempegowda had run the four bullock carts in four directions. At the point where those bullock carts stopped, that point considered as the boundary for the city.

According to folklore, the race started from the Chick Pete. Surprisingly, after connecting the points, it made a perfect circle.

It is one of the historical cities that is well-planned. City contains with various areas for traders. Name for the market region given concerning products sold. There were different regions for rice, bangles, millet, cotton, etc. Respectively, the market named Akkipete, Balepete, Ragipete, Aralepete, etc.

Some of the historical called still used and famous for particular goods sold. On the other hand, those regions no longer sell only specific material. Instead, they sold different kinds of materials for more profit in business.

Bengaluru town has nine gates, similar to the gates of London city. He built the mud fortress in 1537; now, it is popularly known as Bengaluru fort. Later, Mysuru King Hyder Ali rebuilt that fort with stone and so-called “Stone fort.”

Punishment of Imprisonment from Vijaynagar Emperor

Due to the envious nature of the neighboring ruler of Channapattanathe. Its ruler Palegar (Polygar), named Jagadevaraya groused to Vijaynagar Emperor. Sadashivaraya was a king under the supervision of Aliya Rama Raya.

Kempegowda minted coins for his territory without taking imperial permissions from Vijaynagar Emperor. Therefore, he gets punished imprisonment, and after five years, he released by contemporary Vijaynagar ruler. However, After the release, his territories were again awarded to him.

According to Historical records, his elder son named Gidde Gowda, got the legacy of Kempegowda.

Major Contributions To Bangalore By Kempegowda

By now, you should know the wonderful accomplishments of this legend. He is one of the most important people India has ever hosted. As History might have put it out, Nadaprabhu Hiriya Kempegowda was the pioneer of the original Bangalore.

He had long visualized putting up a beautiful city with all the facilities that compose a habitable urban area. He wanted to have a city equipped with a stable water supply, tight security, and enough temples to accommodate the residents.

Above all, he wished to set up a conducive environment for businesses to create employment opportunities for the residents.

In his efforts to achieve his dream, he put several contributions to build the city of Bangalore. I have highlighted some of his most considerable contributions in the rundown below.

Later Life and Legacy of Kempegowda

Just like any other prominent leader, Kempegowda left behind a great legacy. Some historians believed he attempted to mint his coins without the approval of the emperor.

Following the atrocities he committed, the emperor imprisoned Kmepegowda in the mid-16th century. The emperor also took his territories. However, his rebel character and devotion to serving his people saw him out of prison.

He consequently won back his territories immediately after his dismissal from the prison. He Passed on in 1569, having administered for around 56 years. A metal sculpture of him established in 1609 at Gangadhareshwara Wildlife Sanctuary at Shivagange.

In 1964, one more statue raised before the Corporation Office, Bangalore. Some artistic sources show that elder child of Kempegowda, Gidde Gowda took over leadership after his passing.

On 14 December 2013, the Bangalore global air terminal acquired his name. The largest bus station in Bengaluru also has the name of him up to date.

To honor his bravery and immense contribution to the development of Bangalore, all these places and landmarks still a bares his name up-to-date City. lineage of Kempegowda did not end after his death.

History puts a lot about generations of him. However, many historical records put it across that his later generations upheld his excellent work. They built more temples and forts, even in his absence.

After his death in 1609, a metal statue of Kempegowda established in the Gangadhareshwara temple of Shivagange. Meanwhile, in 1964 CE, another statue of him founded in front of the Corporation office of Bengaluru.

In honor of the founder of the city, there are several educational institutes named after him.

Development Authority of Bangalore designed the Layout of the Nadaprabhu Kempe Gowda. The central Majestic metro station on the Purple Line (Namma Metro) of Namma Metro of Bengaluru renamed in honor of him.

I hope you like the History of the founder of a historical city of Bangalore.