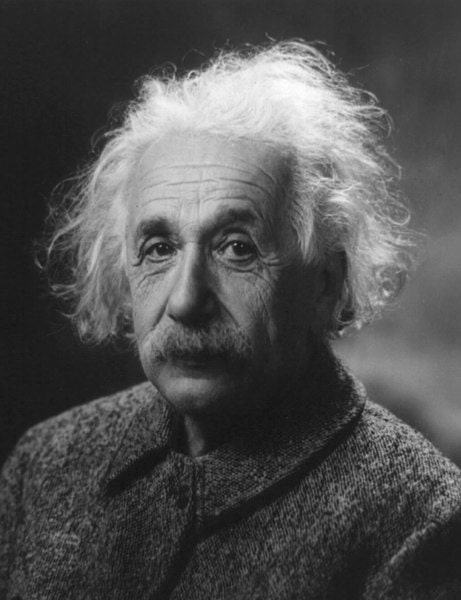 Hello friends, now I am going to share the biography of a man who was extensively known for his interesting research studies & discoveries. He was the synonym of Genius & none other than Albert Einstein.

Biography of Albert will also inspire adults. It helps you to increase your dedication to work. Albert Einstein was a very famous scientist of the 20th century. We use his name as a synonym for the word “Genius.” So, what makes Albert Einstein so special?

Obviously, his work in the research field. The inventions of Albert Einstein include the theory of relativity and research on the photoelectric effect.

Einstein’s research used in the development of the Atomic Bomb. On 16th July 1945, J. Robert Oppenheimer successfully created and tested the first Atomic Bomb. This bomb was named “Trinity” (code name for the Atomic bomb test).

Einstein was honored with Nobel prize for his work on the “Photoelectric Effect” in 1921.

Let’s start with his childhood. Albert Einstein was from a middle-class family. His father was Engineer and salesman. He also established a company named “Elektrotechnische Fabrik J. Einstein & Cie.” Einstein’s mother, Pauline Koch, was a housewife. Einstein also had one sister Maria.
There were significant Life-changing Events in the life of Albert Einstein.

When Einstein dealt with science for first time

As his father was an engineer, so, he bought a compass at home. Einstein was just surprised by seeing that compass. As we know, the needle of a compass moves concerning direction. But, Einstein thought differently and became curious about invisible powers in the Universe after that event.

One Memory of Albert Einstein

The second story is about the Geometry book. When he first discovered that book, he devoured it. That book was later called “Sacred Little Geometry Book.”

In childhood, Einstein strongly believed in God. He used to pray and chant holy songs. In contrast, this perception of God began to change. Because he started reading science books.

In the life of Albert Einstein, medical student Max Talmud played a significant role. Max Talmud helped Einstein in philosophy and mathematics. His teaching efforts helped Einstein to stand out. The Science series played a vital role in developing interest in Science in the life of Einstein. In that series, the book author visualized the riding alongside the electricity in telegraph wire.

In this imagination, Einstein asked if, we run alongside the light beam how it looks?

If light were the wave, then it would appear like a static wave. Another thing, in childhood, he knew static light waves did not exist. Hence, there was a paradox.

An interruption in Einstein’s Education

Due to repeated failure in the father’s business. Einstein’s education was interrupted several times. Hermann Einstein migrated to Milan for work.

To complete Einstein’s education, his father sent him to boarding school. Einstein ran from the boarding hostel and went to his parents’ house due to miserable conditions at the Hostel. Einstein described his situation at the Hostel. Then, parents also realized his problems. He didn’t have any future hopes, probably due to interruptions in his education.
When you tried and failed, then it is better to hope to succeed in another try.

After giving an exam, he showed his excellence in mathematics and physics. But, unfortunately, failed in Chemistry, Biology, and French.

Though, because of his talent in math and physics, he was allowed to polytechnic in certain conditions. Conditions were Einstein need to complete his formal education before taking admission to the school.

To complete formal education, he took admission to specialized high school. That school ran by Jost Winteler in Aarau, Switzerland. Einstein completed his graduation in 1896. Afterward, he refused the citizenship of Germany.

Einstein spent a lot of time with his new friends in Zurich. Marcel Grossmann, who was a mathematician and one of his real friends. Marcel and Einstein also like to discuss scientific theories, interesting topics like time and space.
Here Einstein also met his first love Mileva Marić.

Biggest Crisis in the life of Albert Einstein

Albert Einstein always believed in self- study, rather than spoon-feeding. Therefore, Einstein mostly likes to study the subject on his own. So, he not able to attend the whole class. Because of this, few professors became angry about his behavior and eventually became enemies. As a result, Einstein’s applications refused for every Academic position he tried to apply.

Objections in a marriage of Einstein

Later, Einstein and Mileva Marić became serious about their relationship. Einstein asked his parents about their marriage. Marić was from Serbia. Therefore, Einstein’s mother objected to him with the reason for her Serbian background.

1902- Worst year in the life of Albert Einstein

This year there was filled with a significant downfall that happened in the life of Albert Einstein. First of all, he wanted to marry Mileva Marić, but couldn’t marry because of his family objection. The second thing is his father’s business drowned, and due to his jobless situation, he was not able to support his family.

A turning point in the life of Einstein

Marcel Grossmann recommended Einstein in the Swiss patent office for the post of clerk. After that, the life of Einstein started changing. This office located in Bern, Switzerland.

Just a few days after his joining in the office. His father suffered from heart failure. In the last days, he allowed and blessed Einstein to marry Mileva Marić.

For many years after his father’s death, Einstein felt sad. Because his father very much caring about Einstein’s future. Also, he was thinking of Einstein as a failure and how his career will be?

Children of Albert Einstein were Hans Albert and Eduard, born in 1904 and 1910. He always tried to finish his work in the office as soon as possible. Einstein was using that time for his research on theoretical questions.

After joining the office, Einstein was quite confident about his marriage. Finally, Albert Einstein married Mileva Marić on 6th January 1903.

He had spent a lot of time thinking about the hypothetical questions. What would happen if I traveled with a speed of light?

Maxwell’s Equation explained the nature of light. Albert Einstein determined to research it. Einstein already studied the Maxwell equation in polytechnic school. Einstein eventually discovered the fact that it was unknown to James Maxwell. That fact is, “Speed of light is stable throughout the Universe.”
Newton does not consider absolute velocity in his theory. As a result, it violates Newton’s laws of motion.

As a result of this surprising fact, Einstein was able to write the principle of relativity.
“Speed of light is constant in any inertial frame of reference.”

1905- Miracle year in the life of Albert Einstein

Einstein’s every paper contributed to upgrading the course of physics.

1) Einstein applied quantum theory on the creation and transformation of light to explain the photoelectric effect. If light consists of small energy packets (later called photons) and strikes on metal, then metal should release electrons.

2) In Molecular kinetic theory of heat, the suspended particles inside the liquid moves, this motion of a particle in still water was the first practical proof of the existence of atoms. This motion is called the Brownian movement. Then, it gives the ability to calculate the size of Jostling atom and Avogadro’s number.

3) Einstein presented the mathematical theory of special relativity with the help of electrodynamics of moving bodies.

4) Does any body’s Inertia directly depend on energy content?
Einstein proved and derived a formula for his theory of relativity that is E=mc^2. This theory became the first theory that explains the sources of energy of stars like Sun.

Einstein also completed his doctorate and submitted a research paper for it. Albert Einstein was the first scientist who put the whole relativity theory together. As scientist Jules Henri Poincaré and Hendrik Antoon Lorentz already had some pieces of Special Relativity Theory. Einstein showed that it was one of the universal laws of nature.

According to one private letter written by Einstein to wife Mileva Marić, Einstein wrote Relativity theory as our theory.

In contrast, Mileva omitted Physics after failing the graduate exam two-times. Also, there was not any record or proof which support her involvement in the development of relativity theory.

In 1905, Albert Einstein published a research paper. He mentioned and credited his discussion only with Besso in developing relativity theory.

Albert Einstein was born in Jews traditional religion. In contrast, the political environment in Germany wasn’t favorable to Jewish people due to the rise of the power of the Nazis. Adolph Hitler becomes a new chancellor who hates Jewish people.

Physics of the 19th century entirely depended on Maxwell’s theory of light and Newton’s laws of motion.
Albert Einstein realized the contradiction in them. Therefore, one theory must have to fail to fulfill the rules of Physics.

Theories of Einstein didn’t make him famous instantly until it was verified and confirmed by Max Plank. Albert Einstein also gives the lecture at the international conference where he has invited. Afterward, he became famous throughout the world.

With increasing fame and prestige, Einstein was not able to give enough time for his married life. He had so much attachment to relativity theory, and he was just lost whenever he had to speak about it. Eventually, the distance in his relationship increased. They finally separated and divorced in 1919.

Before few months of divorce, Einstein started an affair with his cousin Elsa. Einstein gets married Elsa after his divorce in 1919.

Joining to University of Berlin

Einstein had so many choices to choose University. Out of these renowned Universities, finally, Einstein filtered out Berlin University. He serviced for 20 years as director of the Kaiser.

The Search for Defects in Einstein’s Theory

Einstein forgot to consider one critical and vital factor in his approach. He had not mentioned acceleration and gravitation anywhere.

Einstein took almost 1905 to 1915 to discovered such deep thought. One of his friends, Paul Ehrenfest, observed a fantastic fact.

He noticed that if we take the spinning disk, then the point at the center of disc travel slower as compared to the rim of the disc, which moves faster.

Hence, according to special relativity, the meter on circumference should shrink.

Einstein died on the day of 18 April 1955 in Princeton Hospital.

He considered one of the most intelligent people in the world because of such mind-blowing theories and research. Many people curious about Einstein’s brain. As a result, after the death of Albert Einstein, his brain was taken out by pathologist Thomas Harvey. Harvey did this without taking permission from his family members or Albert Einstein himself.

I hope you like this article of Albert Einstein Biography for kids. Please share the knowledge with your friends and family, and give them a chance to become “Genius!”