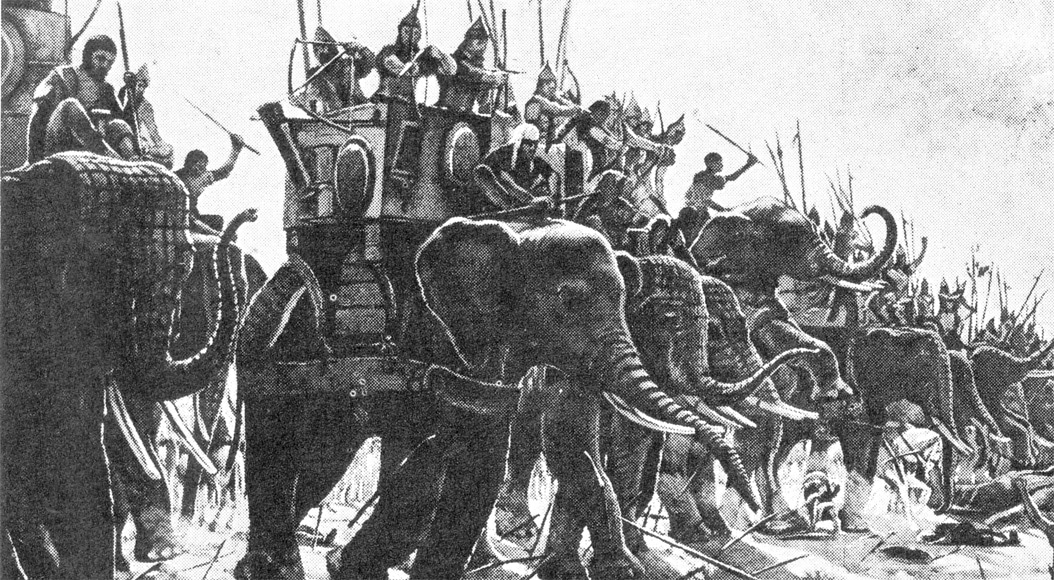 Hey everyone, I am back again with one more interesting real war story. Today I am going to share the information on first battle ever happened in Indian territory which is called as “the battle of ten Kings.”

The Battle Of Ten Kings

Did you know that the Battle of Ten Kings is one of the most forgotten stories in Ancient India? If asked of ancient India’s battles, most would quickly go for the Mahabharata and The Ramayana. This is entirely accepted because the two are also among India’s ancient Classics.

However, the Battle of Ten Kings is also a big story of ancient India. It is also referred to as Dasharajnya and should equally be taught across all generations.

What is the Battle of ten kings all about?

As the topic suggests, it is a battle that happened back in ancient India and consequently recorded in the Rigveda (Book 7), a sacred collection of the Vedic Sanskrit hymns of ancient India.

According to the ancient records, the Battle of ten kings involved all Rigvedic Indians. In essence, it was a fight that involved the Bharatas, allied with other western India Tribes against the Vedic tribes.

The western India tribes involved in the Battle include:

Why it is called the Battle of ten kings?

Why did the ten kings unite against one king?

Now that you know why it’s called the Battle of ten kings, I think it’s also essential that you get to understand why the ten kings united against one king. But before we get to that, let’s know who this one king was and where he came from.

Bharata was the name of the mighty king who conquered the ten kings who united against him. King Bharata was the son of Dushyanta and mother Shakuntala.

Bharata is one of the most fabulous kings Ancient India has ever known. And to mention, have you ever wondered where the name Bharatas came from? Bharatas was a tribe named after their king Bharata.

After King Bharata’s regime, many kings ruled, and it was from his 14th generation where the famous and influential king Divodas came from.

Sudas, the Son Divodas, inherited the kingship and ruled till the Battle of ten kings. As ancient India’s history states, every king had an advisor who guided them in their leadership endeavors and helped them achieve victories during battles.

The advisor was referred to as a guru. King Sudas of the Bharatas had a guru called Vishvamitra who guided him in many situations.

King Sudas was so powerful, and many neighboring tribes opted to be his enemies. However, none of the enemy tribes dared attack his kingdom, for he was so powerful than his preceding kings.

As time went by, King Sudas fired Guru Vishvamitra due to some unknown disagreements and replaced him with guru Vasishtha.

Following the new developments, Guru Vishvamitra felt so embarrassed and offended that he decided to take revenge.

He ganged up with king Sudas enemies, who happened to be the ten kings, to fight king Sudas. King Sudas was intelligent and more powerful, and so he later won the Battle.

When Did the Battle of ten Kings take place?

According to some translators of ancient India, the battle took place from 1450 to 1300 BC. However, different translators may date the Battle to various periods. The Battle occurred along the Parusni River located in Punjab.

The Bharata later transformed this particular battlefield into a site of the Harappa City, which is considered the first civilized urban center in India’s History.

Therefore, the Battle of the ten kings may have given ancient Indian history a different direction.

How the Battle of ten kings started?

Are you wondering how the Battle of ten kings came to happen? Calm your nerves because you are reading the right post. The Battle occurred when the Bharatas had just crossed Beas and Sutlej on their journey to Kurukshetra.

They came across an inter-tribal community, and this led to the Battle. The exact cause of the Battle is yet to be revealed. However, some translators argue that it was due to the intertribal environment.

Other arguments state that the different tribes were fighting over the rivers surrounding the place. The rivers were the primary source of water for their irrigations schemes and were thus considered a lifeline.

The ten tribes wanted to change the cause of the Ravi river to punish the Bharatas. However, their struggle to achieve this failed miserably.

The dam they were building broke and, as a result, swept and drowned the entire army consisting of over 60000 warriors. Different translators affirm that the leader of the ten-tribe collaboration, Purus, also lost their king in this Battle.

The Bharatas emerged victoriously, and they proceeded to the east, where they also were involved in other battles against various tribes and leaders. The Battle is said to have taken place in phases.

The first phase of the Battle of ten kings happened west of Kurukshetra, near Manusa along river Parusni, now river Ravi. During this time, King Sudas was in reign, and his royal advisor was guru Vasishtha. The primary opponent remains unknown during this phase.

However, the Battle was seemingly unfair, going by the number of opponents king Sudas was handling. King Suda’s wisdom and use of effective strategies made him a winner against his enemies, the ten tribes.

One of the most effective strategies was building a wall across river Ravi, forming a dam where he would decisively drown his enemies.

Ancient India’s historical records attribute King Sudas’ victory to mercies and strategizing of Indra, the patron-God of the Bharatas.

King Sudas’ guru, Vasishtha, also contributed towards his victory. His poetics secured blessings for the bharatas, the main reason why king Sudas chose him over Guru Vishvamitra.

In this phase, Bhida, the local chieftain, lost against the bharatas together with three other tribes, including the Ajas, Sighras, and the Yaksus.

What Happened After Bharatas Won The Battle?

After the Battle, many tribes fled westward into Iran in fear of the dominating tribes. The bharatas settled replaced the Purus firstly and settle on their land.

As a result, the Bharatas became more rich and powerful through the ancient years. King Suda was gradually winning the battle against the alliance of the ten tribes and this forced Guru Vishvamitra tp flee and never to return to the bharatas.

On the other hand, Guru Vasishtha, the royal advisor to King Sudas, tried to reconcile the defeated tribes to restore peace within the region. This facilitated the formation of the big tribe called the Kuru.

Why The Battle Of Ten Kings Remains The Greatest?

The truth is the world has witnessed a lot of Battle, most of which has shaken the entire world and has left significant impacts.

According to ancient India’s history, there were no organized battles back then. However, king Sudas of the Bharatas used tactical means to acquire victory over the alliance of multiple tribes.

In essence, if he didn’t have predefined strategies, he would have lost the battle to the mighty armies of the various Puru tribes.

No king had ever shown such expertise before and thus making King Sudas the first person to utilize structured strategies to win battles.

Was A Battle Between 10 Kings Against One King

The Battle of ten kings was unfair and the only one of a kind to ever happen since ancient times. Ancient India’s historical books record it as a battle between king (king Sudas) and ten Puru tribes.

King Suda’s army had 10000 warriors, while the opposing tribes had 66000 troops on battlegrounds. I mean, going by the numbers, that was an unequal battle ever.

The Unexpected Won The Battle

Anyone could have assumed that king Sudas would lose the Battle to the Puru tribes from a mere human judgment. Because obviously, 10000 warriors against 66000 warriors was an apparent loss.

This inequality put so much pressure on king Suda’s army to a point of retreat. However, his intelligence led him to victory. Also, various records state that King Suda’s patron-God, Indra favored and helped him acquire achievement.

Unlike many battles the world has ever witnessed, the Battle of ten kings lasted for over a thousand years. Some historical records argue that the Battle started in 1500 to 1300 BC, while others say it began in 1400 BC.

At some point, king Suda’s army decided to retreat due to depletion and inability to withstand the challenges from the enemy troops. His advisor, guru Vasishtha, and the Now adversarial guru, Vishwamitra, engage in an exchange of wits and sorcery.

What Lessons can be learned From The Battle of Ten Kings?

There’s a reason why some people took time to record Ancient India’s events. History may be fun to read, but it’s always good to get a few morals from the past.

In the narrative, there are various moral and ethical dilemmas. Sudas is the leader of the Bharata people, who firmly believe in the Aryan principles of bravery, forgiveness, and justice.

Cayamana, although believing in his right to lead his country to greatness, employs non-Aryan allies, most of whom are Aryans who have strayed from the road and tribes that do not believe in Aryan principles.

The Battle of ten kings is a war between right and wrong in various ways. For instance, if the conflict had ended differently, the other two Indian epics — Ramayana and Mahabharata—may not have been.

Or, if they had, the outcome would have been drastically different. It was a watershed moment in Indian prehistory, and it is appropriately regarded as the third epic.

The Battle of ten kings remains the sole Vedic epic, as the other two occurred after the Vedic period. If the fight had ended differently, we would very certainly be practicing the Persian religion of Zoroastrianism!!