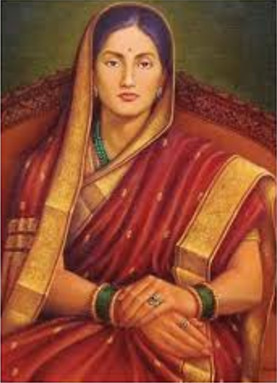 Indian history will be incomplete without Rani Saibai Bhosale. If you are well-versed in Indian history, you should know Shivaji Maharaj. He founded the Marathi empire and had eight wives, including Sai Bai, his first wife. She was chief consort and she bore prince named Sambhaji, who became the second Chhatrapati of the Maratha kingdom.

Saibai came from a famous Nimbalkar empire. The Nimbalkar dynasty was prominent and recognized across the Indian states. They took over the Phaltan territory from the Yadava Dynasty. Naik Nimbalkar’s ruled it until 1947, when all the princely states were integrated to form the Indian Nation.

Sarabia’s parents were wealthy and prominent. Mudhojirao Naik Nimbalkar was Her father who was a nobleman. He once served as 15th Raja (ruler) of Phaltan from 1644 to 1676. Her mother, Reubai, was a member of the Shirke family. She was a sister to the Phaltan’s 16th ruler, Bajaj Rao.

From the above background, we learn that she was not just a normal citizen of ancient India. She was from a royal family. Her early life was one that every maiden would wish to have.

Saibai got married to her husband, Shivaji Maharaj, at a young age. She was barely ten when she was betrothed to her husband. This is why most records of ancient Indian history inscribe their union as a childhood marriage. As a mother, Jijabai decided to make four hands of two. It was saying in Marathi which synonyms for marriage.

It was great responsibility to find perfect match for Shivaji Maharaj. Because, wife of Shivaji Maharaj will have to support in mission of Swarajya. Jijabai not only seeking for qualities like house caring but also warrier skills and court management in her daughter in law.

Father of Chhatrapati Shivaji, Shahaji Raje used to live in Bangalore with Tukabai, his second wife. So his father and two brothers named Ekoji and Sambhaji couldn’t attend the wedding. Shivaji’s father, later on, invited them to Bangalore, where he made them one of the biggest wedding ceremonies witnessed in the region.

Saibai was a beautiful and very attractive woman. Shivaji loved her for her wisdom and affectionate nature. She was loyal, and Shivaji trusted her a lot, so she acted as his Loyal Consort.

Shivaji himself was a polygamous man. she was always okay with his decisions and never opposed his decision to go the polygamy way. Even though Shivaji’s second wife was just as good as her, there have never been reports of any misunderstanding between her and his other wives.

Saibai was Shivray’s most trusted and close companion. He depended on her assistance with governance matters and family matters until she passed away.

Saibai was a great inspiration to Shivaji himself, the royal family, and the entire state. Shivaji was so impressed with her personal qualities that he appointed her as his personal counsel.

Her position in Shivaji’s life was evident when she passed on unexpectedly. His life was full of darkness, anxiety, and sadness.

Slow after her death, Soyarabai the second wife gained authority in royal family. But she fill her position but could not fill place in heart of Shivray. ​Her death left a gap no one could fill.

Shivaji’s love for his first wife, Saibai, was great, and reports have that “Sai” was his last word on his deathbed. Saibai and Shivaji Raje born four children named as Sambhaji, Ranubai, Sakvarbai, and Ambikabai. Their marriage only lasted for 19 years. That is when she passed on.

Assuming the ​contemporary historical books as evidence, Saibai passed on in 1659 CE on Rajgad Fort. That time, Shivaji was arranging for a meetup with Afzal Khan. This meeting was supposed to happen at Pratapgad.

Records say that she developed health complications right from when she bore Sambhaji. The condition gradually worsened and, at long last, claimed her life. On time of her death her son Sambhaji was two and half years.

Saibai’s trustworthy Dhaarau, Dharai Gade Patil, took over the toddler’s Nursing, Sambhaji. History has it that his grandparents brought him up, Shivaji’s parents. Sabai’s grave is at the Rajgad Fort.

Rani Saibai Bhosale remains one of the most relevant individuals in the history of India. In one way or the other is considered an important historical figure in India. Below are a few reasons why her name still appears in the historical records of India.

1. She was the queen of the Maratha kingdom

Rani Saibai Bhosale is mostly remembered as the queen of the Marathas. She occasionally was in charge of the kingdom when necessary. Like when Shivray was in the trap of Mughal at Panhala, she handled kindom with guidance of Jijamata.

Some people might think why Jijabai, the mother of Shivaji Raje not handled the kingdom. No doubt as mother of kingdom, she had all powers. Still the main queen used to called as Maharani or Patrani was responsible person in absence of king. It was rule of almost each kingdom that followed since long time.

In case of Chhatrapati Shivaji and Saibai, he trusted her with the leadership of the empire. So Rani Saibai was actually Maharani Saibai who became his right-hand person whenever the kingdom faced tough times.

2. She was the mother to the second Chhatrapati of the Marathi empire

Did you know that Saibai was the mother to one of the greatest rulers of the Maratha Kingdom? Yes, Chhatrapati Sambhaji Maharaji was the son of her. He was the last born in her lineage. Unfortunately, Sambhaji did not enjoy his mother’s company, for she passed on when he was still a toddler.

3. She was a homemaker

History shows that she was a dependable ally to her husband, Shivaji Maharaj. It is said that she often helped in matters of the state and those of the royal family. It has never been recorded anywhere that Saibai was a troublemaker. She’s presented as one of the most peaceful women in ancient India.