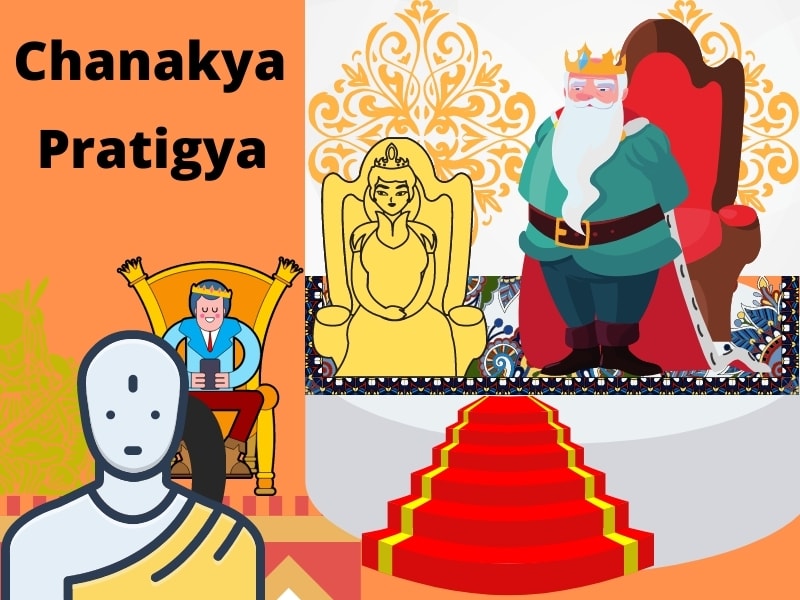 Hi guys, today I am going to share with you one of the Genius Personalities of Ancient Indian History that is Acharya Vishnugupta Chanakya. I hope you will enjoy the History of Chanakya, so let’s start.

Son of Kanak was Chanakya was an important economist, politician, and philosopher of the third century BC. Chanakya is also known as “Kautilya” or “Vishnugupta” in history. Chanakya’s economics is an important way of knowing material success in the Mauryan Period of Indian history.

In this book “Arthashastra” he had compiled everything that was written in those days for managing wealth, economics, or material success. With his invaluable contribution, he is regarded as an invaluable gem in the fields of economics and politics.

Chanakya specialized in various subjects such as politics, War strategy, economics, astrology, and medicine. Therefore, the name Chanakya is well known in India for intelligence. At that time, only Brahmins and Kshatriyas were allowed to study.

Since Chanakya belongs to the Brahman family, no disruption happened to his education. According to some historical sources, he was familiar with Greek and Persian languages.

Chanakya Worked as a Teacher

Chanakya worked as a teacher of economics and political science at Taxila, a famous university in ancient India.

In the year 334 B.C.E. the ambitious Alexander marched from his kingdom “Macedon” with the desire of winning the world. Alexander’s army should have about 32000 to 47000 soldiers. Alexander led the army with his commander Seleucus Niketar in every battle. Since Alexander’s army had the experience of many wars, his army was considered an expert in war.

In India, at that time there were many small kingdoms. So there was an opportunity for foreign invaders to penetrate in India because of animosity between these small kingdoms.
An important role of Chanakya in the establishment of the Mauryan Empire:

Loyalty of Chanakya towards Hindustan

Chanakya was aware of this crisis among the Indians, who were unaware of the crisis of Alexander’s invasion. Chanakya felt that India needed to have a strong empire. For this, he tried to unite the Magadh kingdom, which was powerful in India, with other states in the north. Also, he met Magadh king “Dhanananda” at “Patliputra” which was the capital of Magadh. Dhananand, who was powerful, but far away from responsibility. He was well known for his crooked nature and luxurious life. Dhananand first insulted in the court and pushed the Chanakya out of the court.

At that time, Chanakya pledges in front of courtiers that he will not bind his hair until he destroys the Nanda clan.

Search for the King in Man

After that, he begins the search for a young right successor for the Magadh throne. After that, Chanakya began the search of the person with qualities such as the courage, wisdom, strength, compassion, and valor required to become an ideal king. In a search for such an impressive personality, he reached the forest. In the forest that a Chanakya met a young man who was known in history as Chandragupta.

With the help of Acharya, Chanakya Chandragupta managed to take admission to Taxila university for training. Chandragupta undergoes rigorous training under the supervision of Chanakya.

After completing his training, Chanakya and Chandragupta succeed in uniting with other mighty rulers of the north. Subsequently, with the help of Chanakya, Chandragupta defeated some rebellions of the northern states and established his small kingdom.

Chanakya was a very intelligent personality. He knew politics and tactics very. Chanakya uses his unique tactics and diplomacy in the Battle of Magadha. Finally, Chandragupta defeated Magadh King Dhanananda and captured the throne of Magadh.

After the end of the Nanda dynasty, a powerful Mauryan dynasty was formed. Chanakya coronated the Chandragupta and declared as the emperor of the Kingdom. Thus, Chandragupta became Emperor Chandragupta Maurya.

After the establishment of the Mauryan Empire, Chanakya served as the Chief Minister and Chief Political trustworthy Advisor in the court of Emperor Chandragupta.

The economics was the book he compiled included governance, law, duties, economic policies, responsibilities of the king. It includes social welfare, the civil and criminal court system, international relations.

It additionally contained war strategies, how to rule the kingdom in odd situations such as famine, diseases, and drought periods. It gave General Regulations on the forest, wildlife, animal husbandry, mining and management for metal preparation, medicines, measures to increase agricultural income, rules for collecting tax. This book was compiled to advise the king.

According to the Jain literature, Chanakya poisoned Chandragupta daily with a limited amount of poison with food. Chanakya did this to avoid being poisoned by the enemy. So that, if the enemy ever tried to poison Chandragupta, they would fail. Chandragupta knew nothing about this thing.

After Chandragupta’s reign, his son Bindusar became the next emperor of the Mauryan Empire. Chanak also worked with Bindusar for some time as a political advisor in his court. There is very limited historical information available about Bindusar.

Telling the truth about the mysterious death of Chanakya is not possible without proper evidence. But, there were many legends about his death have been made. Here I would like to tell you the three legends I heard.

According to the first legend, they discontinued taking food and water in the forest and fasted till death.

The second myth, though it was not digestible, is fair to say. According to that conspiracy, members of the court of Bindusara were targeted Chanakya, and they killed him somehow.

In the third myth, Chanakya sat on the pyre and self-portraits himself alive.

An individual’s identity is not from how he died, but from how he worked. Though Chanakya’s death is a mystery, no doubt his work is surely great.

For enthusiastic readers like you, we’re constantly trying to come up with something new that you’ll love. Your spontaneous response motivates us to write new articles. However, please comment on how you felt about this article.

I hope you like the History of Chanakya. I only expect you to share this article on social media. So, all the people could enjoy our hard work and the good thing is it’s absolutely free!