Bajirao Peshwa History is now popular after 2015 blockbuster film “Bajirao Mastani”. Bajirao-Mastani History was real love story of Peshwa Bajirao. But, is that real History, off-course yes, but not up to the mark as Film producers used film freedom to make you watch, right?
So, let’s understand our real History,

Do you want to read more about post of Peshwa and Chhatrapati Shivaji Maharaj then, you must read the post below:

Bajirao-I was the Peshwa in the durbar of Chhatrapati Shahu Maharaj-I. He appointed as Peshwa at the very young age of 20 years.

Peshwa Bajirao Ballal was born pure Chhitpavan Brahmin Bhat family on 18th August 1700.
Bajirao used to go for campaigns at the very early age of 12 years. He learned many skills from his fathers, generals in Maratha army.

He became very disciplined and actively share his thoughts in every campaign. He learned skills that were required for tactical warfare technique.

Once, by the commander-in-chief of Shahu Maharaj Dabhaji Thorat arrested Balaji Vishwanath by breach of trust in order to lean Balaji Vishwanath in 1716. Bajirao also lived in jail with his father until the release of his father. This event clearly expresses, how much he loved his family.

Appointment of Bajirao as Peshwa:

Peshwa Balaji Vishwanath had sudden fall in his health. He took leave for recovery and came in Saswad village, but, he died in 1920. Due to the sudden death of faithful Balaji Vishwanath, there was a big question in front of Shahu Maharaj, that who would be liable for this high profile post.
There were so many Knights, Senior and experienced personalities than Bajirao Ballal who was only 20 years old. But, Shahu Maharaj appointed Bajirao Ballal as next Peshwa on the basis of a contest.

Because of the decision of Shahu Maharaj, all ministers in his court felt jealous about Bajirao.
Bajirao-I didn’t take a long time to prove that Shahu Maharaj had taken right decision by choosing him.

Bajirao had a very charming personality, he was about 6 feet tall, with very strong physique, his brownish- yellow color adds-on in his body.

His nickname was Rao. He was very ambitious and committed about his strategies.
Bajirao was called the Ranamard meaning man of battle or warfare.
Peshwa Bajirao had built finest cavalry in India. No one created such responsible, well trained, and disciplined cavalry in India.

Bajirao used to fight with 40 kg sword, armor, and belt. He was very much excellent in driving sword, his sword got invisible at the time of battle, I meant to express his speed here.
In the war, Bajirao was throwing the spear so strongly that the enemy would be injured with their horse.

Bajirao loved to kept different kind of horses of various pedigreed in his personal horse barn. Malhari and Badal were one of those favorite horses.

Bajirao was also called as Thorale Bajirao, he had the dream that Hindustan should have Hindu Emporer. He was ready to help any Hindu Kingdom at any time.

He had the dream to swash the Maratha flag on the Red Fort, Delhi.

Though, he didn’t discriminate two religions in Empire that he won, as we had an example of Mastani who was Muslim but he accepted her as his wife.

Bajirao had very much affection for Mastani, but it didn’t mean that his first wife got ignored.

A Mother who made Bajirao- Radhabai:

From his early life, Radhbai taught him fundamental study and how to became real nationalist.
Radhabai frequently told stories about Maharana Pratap, Chhatrapati Shivaji Maharaj, Chhatrapati Sambhaji Maharaj and their sacrifices for our nation to encourage nationalist thoughts in his mind. Bajirao Mastani History was assumed as legendary love story in India.

It’s true that Mastani was not accepted by Bajirao’s family, but in the film, it showed that Radhabai (Bajirao’s mother) kept harassing her, I think this part was totally wrong and created to show someone like villain character to enhance the love story.

Radhabai had qualities like Abstinence, perseverance, and generosity. She had only taught his sons and daughters not to discriminate between any two religions. So, how she could harassed Mastani.

Maratha Empire had capital at Satara, according to the opinion of Bajirao the Shahu Maharaj shifted capital to Pune. Though, Bajirao had control over the whole army, he never took advantage of it. Chhatrapati Shahu Maharaj had very much trust in Bajirao.

He assumes himself as only like the soldier who fought for his motherland. He made several campaigns to join Baroda, Dhar, Indore, Gwalior, and Knights of these kingdoms remained faithful with Maratha Empire till last.

Fear of Peshwa in Enemy:

Peshwa Bajirao created an atmosphere of horror in the enemy party so that the pregnant ladies fell down their womb after hearing, “Peshwa Bajirao is coming!” I had read that in some book and it may be wrong but any historical story had some truth behind, so it was true that Peshwa Bajirao had created such tremendous fear an enemy.

He had not kept his sight only limited to Maharashtra. He expanded Maratha kingdom further in the south from Goa, Mysore to Katak in the north, now in Pakistan. He invented many war tactics to enhance the attack. Those techniques had also used world war-II. Now those techniques and strategies now taught in defense studies.

To Challenge new Peshwa Bajirao, Mughal Emporer made Nizam as Vazir in 1722. Nizam captured regions in Deccan and refused the Maratha to collect taxes from Deccan. Mughal Emporer sent him from Deccan to Aavadh. Nizam resigned from the post of Vazir and went to Deccan again. Nizam with the forces led by Bajirao won the battle of Sakharkheda against Mughal. But, after some time Nizam rebelled against both Maratha and Mughal.

So, in order to teach a lesson to Nizam, Bajirao fought the battle of Palkhed. In that battle, Bajirao defeated Nizam badly and forced to make a peace. Nizam signed a treaty of Mungi to accept the rights of Shahu Maharaj to collect the taxes.

The campaign in Malwa:

Chimajirao fought the battle of Amjhera with Mughals. Chimajirao Appa had defeated Mughals in that campaign on 29 November 1728.

Maharaja Chhatrasal was happy and gave jagir and treasure. Maharaja also gave his daughter Mastani to Bajirao. Mastani became the second wife of Bajirao. Before the death of Maharaja Chhatrasaal in December 1731, he assigned many of his territories to Marathas.

The campaign in Gujarat:

Bajirao turned his eyes towards the fertile region of Gujarat. He sent the younger brother Chimajirao Apapa along with a large parade. At that time, the governor of Gujarat was Sarabuland Khan who was replaced by Abhay Singh. Both of them accepted the right to collect tax in the Marathas.

Trimbak Rao Dabhade was the commander of Chhatrapati Shahu Maharaj because his ancestors had tried so many times to earn their taxes from Gujarat, so because of Jealousy, he rebelled against Peshwas. The Mughal Emperor sent Jai Singh II to defeat the Marathas, suggesting that he would conduct a pre-dialogue with the Marathas.

On 1 April 1731, Peshwa Bajirao defeated the army in the battle of Dabhoi. Trimbak Rao was killed in that battle. Bajirao by signing treaty sets the limits of the territories of Sambhaji II and Chhatrapati Shahu Maharaj. Nizam also met to Bajirao and decided not to interfere in Maratha territories.

Trimbak Rao’s son Yashwant Rao was also given the right to collect taxes on the condition of half the amount deposited in the treasury of the Maratha state.

The campaign in Konkan against Siddhi:

Siddhi of Janjira had placed in the important western coast of Maharashtra which was important for trading and business-like import, export.

Chhatrapati Shivaji Maharaj already limited Siddhi’s influence but after the death of Shivaji Maharaj Siddhi again started his expansion towards central Konkan. Due to Sudden death of the leader of Siddhi Rasul Yakut Khan, there started the war of Succession in Siddhi’s clan. One of his son Abdul Rahman unioned with Marathas. Bajirao sent an army with Sekhoji Angre to Konkan.

In 19th April 1936, Bajirao sent Chimajirao Appa to Konkan campaign. He successfully completed his campaign by killing about 1500 Siddhi troops. Maratha army able to capture many forts and regions of Siddhi.

After the death of Sambhaji Maharaj, Raigad was not in the Maratha Kingdom. In 1733, Maratha army took back Raigad fort.

In November 1736, Baji Rao planned strategically, he asked Malharrao Holkar to Invasion on Delhi. Then the Mughi. al Emperor sent Sadat Khan to fight against the Marathi army.
Sadat Khan gathered all his power for incoming battle. In order to defeat the Maratha army, he gathered around a one and half-lakh army.

It shows that how fear of Marathas in the enemy But the plan was not to fight, so as per the plan Malhar Rao left the battleground. Seeing this, the Mughal army returned. Bajirao plays their curry tricks, they spend only 9 days in 3 days with 500 good horse riders and siege Delhi. This event is considered to be one of the fastest attacks in history. It was 3 days in the siege.

Bajirao did not have interest in Delhi, he wanted to introduce the only power of Maratha to the world. It is understandable that this was a small thing to win Delhi for Peshwa Bajirao.
Nizam again rebelled against Maratha Empire. Nizam made unioned with Mughals.

But the plan was not to fight, so as per the plan Malhar Rao left the battleground. Seeing this, the Mughal army returned. Bajirao plays their real tricks, they covered the distance of 9 days completed in 3 days with 500 good horse riders and siege Delhi. This event is considered to be one of the fastest attacks in history. It was 3 days in the siege.

According to historians, Peshwa Bajirao died due to excessive fever. His premature death was not only to the Maratha Empire but also the biggest shock to the whole of India. After his death, the foreigners got a chance to stay in India for the growth and stability. The British made the most of its use.

The Britishers kept motherland for 200 years in enslavement. Peshwa Bajirao was the most precious jewel in India. Peshwa Bajirao dedicated his life for Hindavi Swarajya. The dream of Shivaji Maharaj’s ceaseless Hindavi Swaraj was fulfilled by Bajirao in the true sense. Due to their unremitting efforts and extravagance, he flaunted the Maratha flag beyond Atak currently in Pakistan.

I hope you like this History of Bajirao-Mastani, do comment for any suggestions or improvements it really add value to new readers. We always appreciate to Share with your friends & family or Social Media. 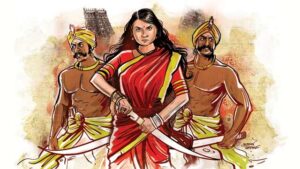 Today, I am going to provide you an Information of Swami Vivekananda who was recognized as great philosopher, nationalist and monk of India. Short Introduction: Narendranath(Narendra) Datta popularly called Swami Vivekananda was a well-known monk of India in the 19th century. Born on: January 12, 1863 Birthplace: Calcutta, West Bengal Parents: Father: Vishwanath Datta, Mother:…

Hi guys today I am sharing Navab Siraj Ud Daulah History which was considerably important to study the late Mughal period. Glorious city of Murshidabad: Murshidabad city was the Mughal capital in Bengal during 18th century. The city located on the banks of river Hooghly which is one of the distributary of Ganges. Reign of…

Introduction to History of Sai Baba: History of Sai Baba is really amazing if you are theist. Sai Baba of Shirdi is regarded as a spiritual master as well as a great saint throughout India. He is also called “Sainath” with all devout affection. Sai Baba was a fakir who spent his entire life as…